This weekend in the US, we are celebrating Father's Day, a holiday where we honor our patriarchs by giving them Home Depot gift cards, Burn Notice DVD sets and Glenn Beck books. ;)

In honor of this grand tradition, I have devised a special Father's Day themed Lost 100 Pager featuring artwork by the ever amazing Jan "Reno" Maniquis: 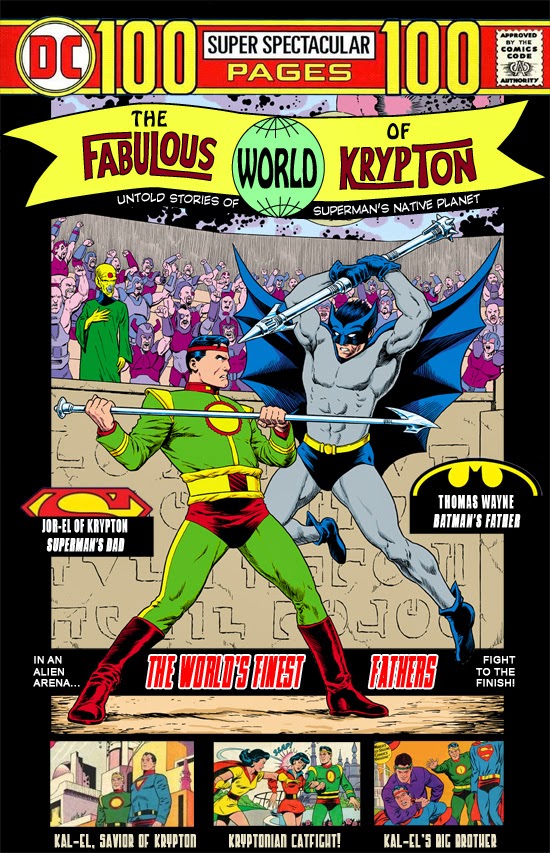 While I came up with the initial concept of a gladiatorial battle between Jor-El and Thomas Wayne, Reno really exceeded my expectations! The addition of the cheering Khunds in the background was his idea and an magnificent addition. I really like how he used a subdued color scheme for the Khunds which allowed the Dominator to stand out appropriately. Check out the original version (sans captions and logos) here (click to enlarge): 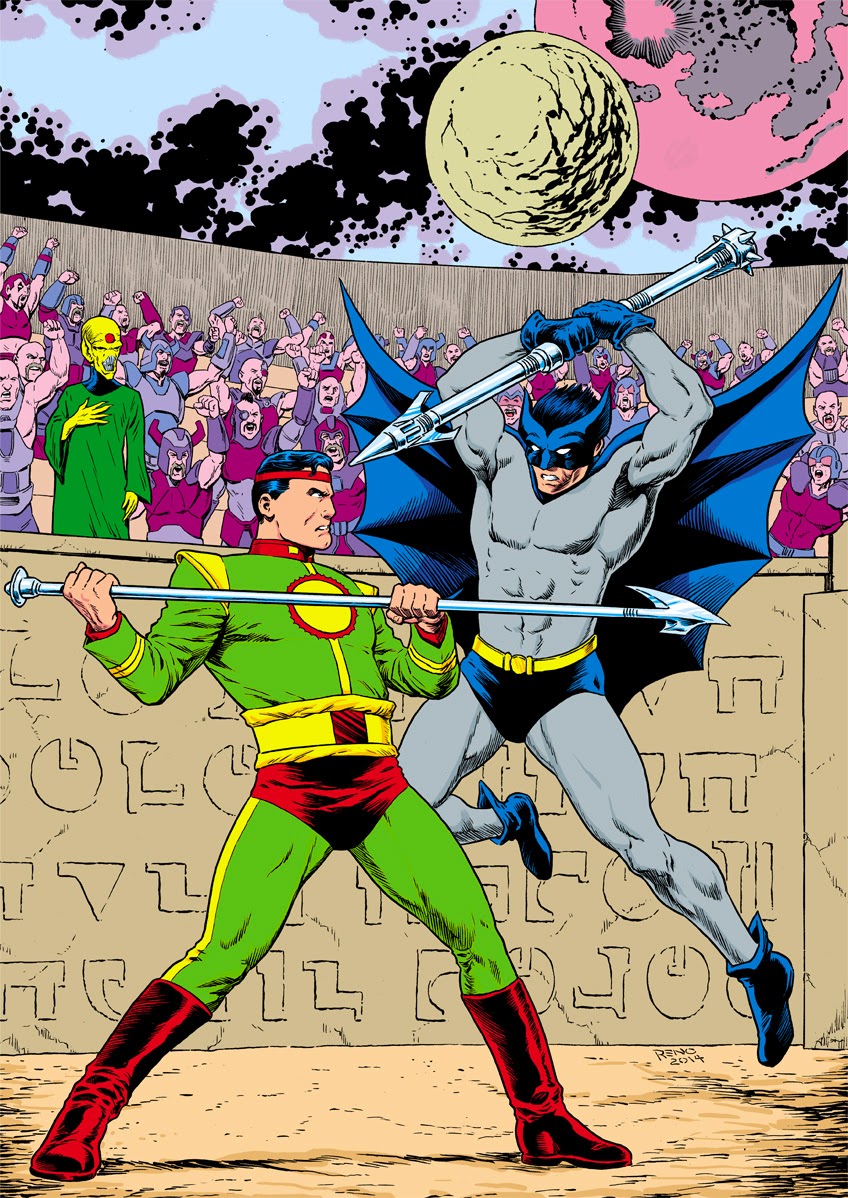 For those of you who may not recognize it, Thomas Wayne is wearing his Masquerade Ball Bat costume from Detective Comics 235. [ full synopsis from ComicVine.com ] 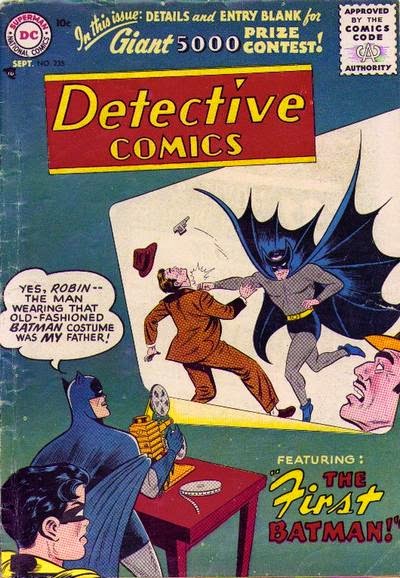 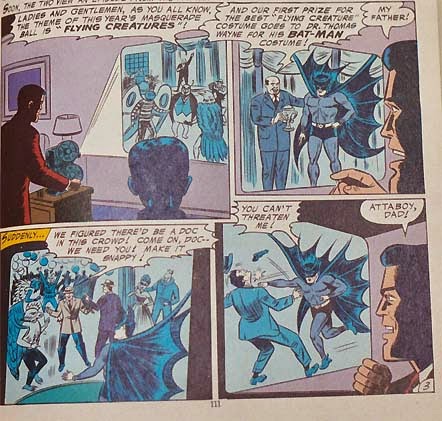 I originally thought that was the only appearance of that costume, but while googling for references for this cover, I found it showed up other places.

Here it was in Untold Legends of the Batman 1 drawn by John Byrne. 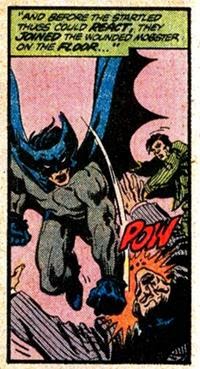 And more recently it showed up in the animated Brave and the Bold cartoon:

While the original existence of this proto-Bat suit was erased by 1985's Crisis on Infinite Earths, I wouldn't put it past someone to revisit this idea.  (As recent Batman scribe Scott Snyder reintroduced the Bronze Age concept of Batman having a long lost brother.) 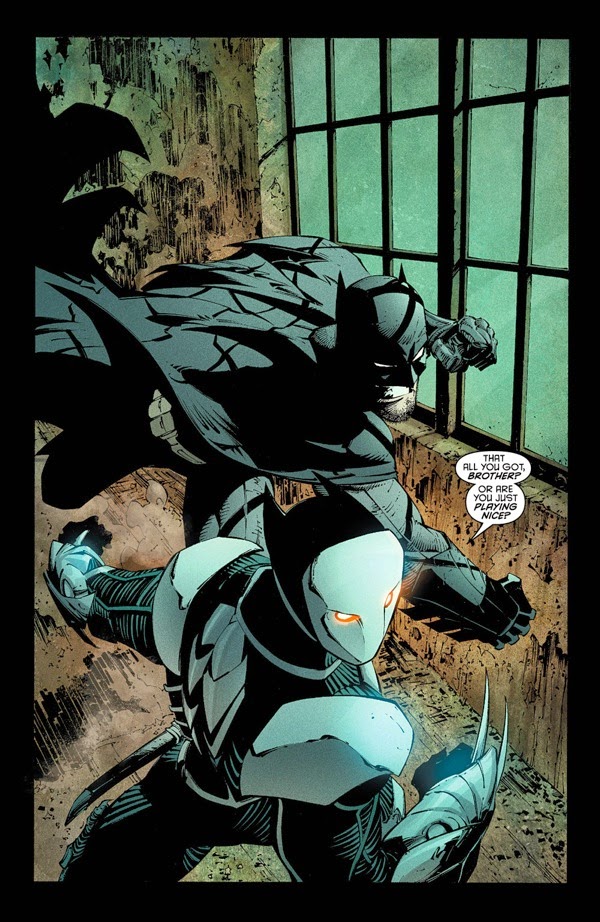 As to World of Krypton, that's a post for another day.

It was fun drawing this. Great cover idea by Jim. I'm surprised no one thought of this pairing before, especially during the Silver Age.

OMG! That is so epic!! You actually had me doubting my Nerd Knowledge. If you're selling, I'm buying!
I would love this on my wall!

This concept strikes me as being one of those scenarios that late Silver Age Superman liked to run on his Super-Computer, explicitly the origin of stories like the "Super-Sons" and the one where Jor-El and Lara were sent to Earth as infants.
Personally, I like to think of all of the old "Imaginary Stories" as being computer-generated for Superman's amusement.

I just discovered these faux 100-pagers today, and I love them! If you're still looking for new ideas to use, might I suggest Plastic Man? I'd LOVE to see Plas in a 100-pager!