The New Age of Sci-Fi Comics

Is the comics industry be entering a new science fiction revival? Looking at sales figures and the number of sf titles, it feels like the type of sf comic boom not seen since the 1950's. 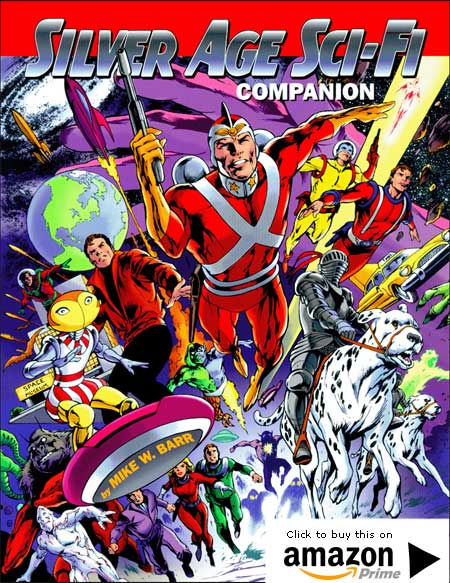 Consider this range of sf comics from several publishers over the last few months. 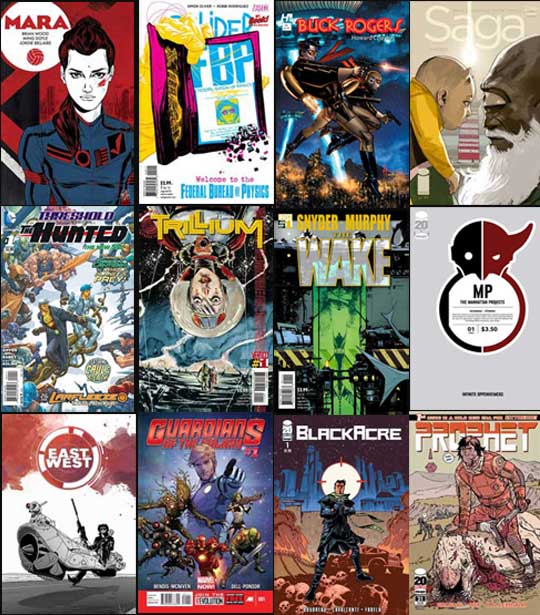 Reviewing monthly sales figures for the titles above which showed up in the top 300 shows us a genre that seems pretty healthy.

Guardians of the Galaxy is in the top 10. Albeit, that is more a conventional superhero title than a sf title, but it does open the door for other sf comics at Marvel in some ways.

Saga is in the top 30 (and the August issue may have even broken the top 20) with the trade collections tearing up the charts. East of West is in the top 50 at 42. The third issue of The Wake came in at 82.

Some of the above sold out (like Trillium) but because we haven't seen the August sales numbers, it's difficult to say what sold out means. Still, when was the last time a Vertigo comic sold out? It's beginning to look like DC's decision to increase it's sf comics was a good one.

What's behind this trend? I suspect it's a bit of superhero burnout among current fandom combined with the expanded reach of digital comics bringing in science fiction fans. As it's been suggested, the impact of digital comics is additive, so people who discover Saga or Prophet on Comixology can quickly become trade paperback buyers.

So, will this trend continue? The last time we saw a real boom in science fiction comics was when DC cranked up the Helix imprint in the 90's. 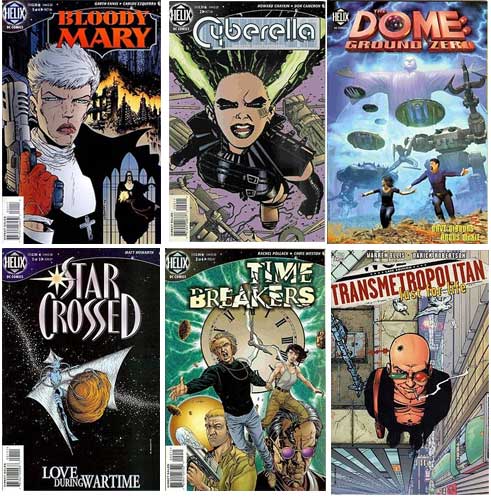 Which is coincidentally the same time that Marvel's Guardians of the Galaxy was going through a new incarnation. 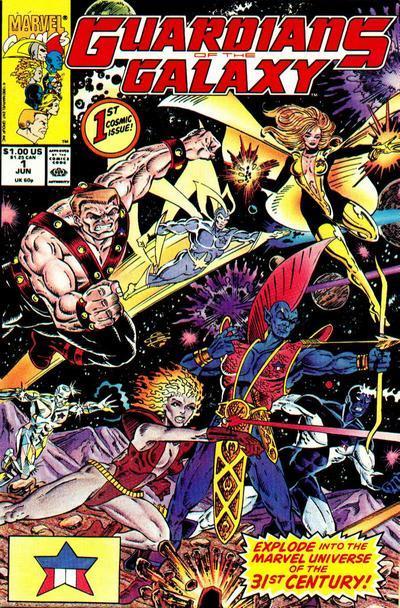 The Helix imprint didn't last long, but Transmetropolitan rolled out of into a very successful run. I hope many of the titles I mentioned above can run that long.

I have the SAGA trades and cannot say enough good things about the story. This one should be on television! I came in too late to bother getting the individual issues, so I'm buying it all in trades.

EAST OF WEST is solid story telling! Believe it or not, I picked up the first issue on a whim ... only a few of my pull titles had come in and recognizing the writer of the title I grabbed a copy and put it on my list.

Although I was never a fan of the original title, I picked up the new PROPHET trade, but I thought it was so badly drawn and incomprehensible to read that I never jumped on the title. GLORY ended up like that for me also ... although it started off strong and just became muddled.

Anyone have good things to say about THE WAKE? My retailer still have 20 or so copies sitting around of the first issue ... and in closing my rambles, GUARDIANS is pretty dang tasty mind candy. I do question how long MARVEL can keep the quality of the book going, but for now, its an enjoyable read.

PS: Pick up LAZARUS and check out what I think will be a big hit very soon.

Interesting parallel to the 90s sci-fi boom, though there it seems like they were rolled out all at once, rather than (like today) where they seem to be following some successful titles.

@GACN - I think Saga would be good for tv, definitely. There it's horns and bat-wings for no reason drag would seem novel and not completely pointless to the story they seem to want to tell.

@GACN - Like you, I enjoy SAGA quite a bit. I have not tried East of West. What is it about exactly?

The Wake is a bit like a classic 50's sci-fi monster movie updated for the modern age involving a strange and deadly race of mer-creatures. Try the first issue and see if you don't like it.

Also, I heard the guys on iFanboy talking about Lazarus yesterday. That sounds like another one to investigate.

@Trey - Yeah, I think the 90's rollout was a very expensive experiment, but it was at a time when comic companies were cranking out new titles in batches (remember Marvel's British comics line?)