Today's post was originally going to be about the worst comic I've ever read, but as I put thought into it, I realized that trying to nail down one singular comic as the all time worst was not possible. The truth is, there are many reasons why comics might be classified as BAD. So, instead, I present the first in a series where I examine the reasons comics go bad.

Comics where the writer doesn't care about the character

The first really bad comic I remember reading was the black and white Rampaging Hulk number 8. 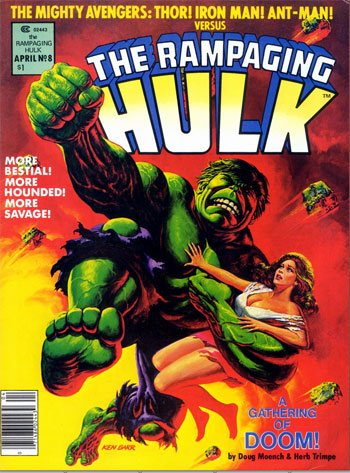 However, it wasn't the Hulk story that I disliked, but rather the dismal treatment of main character in the back up story in that magazine - a character by the name of Ulysses Bloodstone. 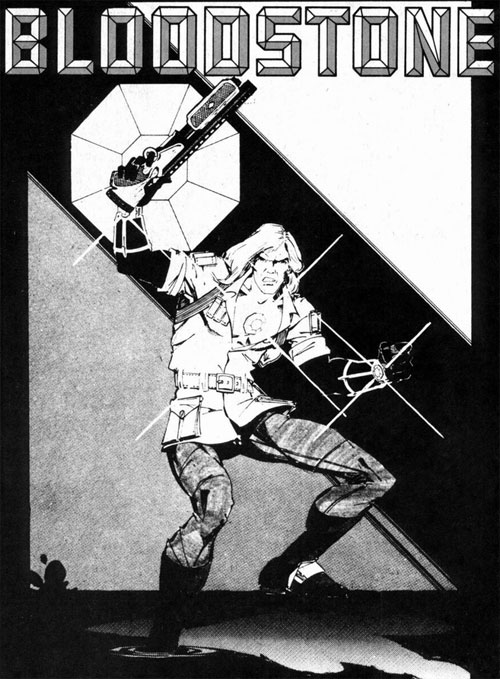 For those of you not familiar with the man with the ruby studded chest, Bloodstone was a immortal monster hunter - sort of a mix between Doc Savage and Vandal Savage. While the character first appeared in the pages of Marvel Presents 1, I only knew him from Rampaging Hulk. With his arcane origin and mythic history this shotgun weilding monster slayer seemed new and exciting to me. 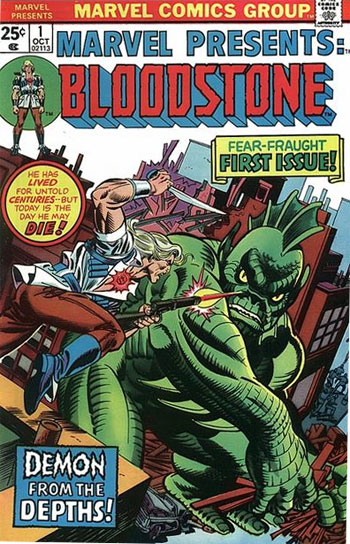 The b/w series was written by John Warner, who along with Len Wein and Marv Wolfman helped create the character. As one of the creators, Warner had a vested interest in the series, but somewhere around issue 6 of Rampaging Hulk, Warner left Marvel to write Flash Gordon for Gold Key.

This left the Bloodstone storyline dangling, so for two issues of Rampaging Hulk, Bloodstone didn't appear. When he finally did return in issue 8 in a story penned by Steve Gerber, the results were...ahem...not to my liking.

For whatever reason, by the end of Gerber's first Bloodstone story, the character in a left in a rather unusable state:

I remember reading that ending and being devastated to the very core of my being. I can only think that Gerber was brought in to wrap up the story in some fashion and given his affection for morbid themes, he choose to kill Bloodstone in the finale. That the last line of dialogue is a groaner didn't help sell it either.

Sadly, we've seen a lot of characters revived over the years in comics, but alas, the savage Bloodstone has not been one of them.

Another classic example of this type of story is the ending of Warren Ellis' Dr. Druid series from the 90's. 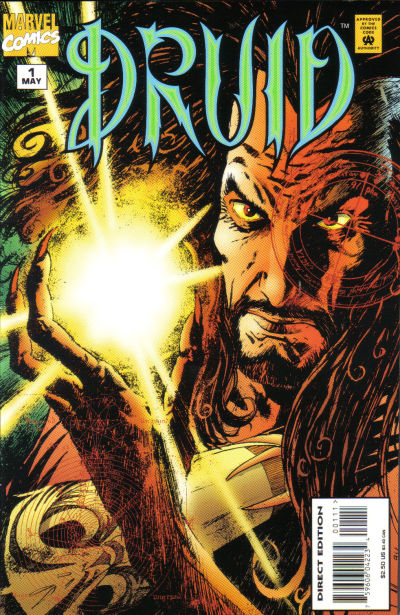 Apparently this was supposed to be a series which would help Marvel build their version of Vertigo. Yet, from what I can gather, Marvel was a bit afraid of what Ellis was putting into the series and on that, all I can say is if this is the guy you've hired to write your D-list superhero story...

...then you sort of get what you deserve, don't you?

Unfortunately, sales were so low that Marvel downgraded the run to a 4 issue mini-series. This prompted the ever classy Ellis to take out his ire on the character. In the final issue (with the subtle title of Sick Of It All) Dr. Druid is beaten, depowered, shot, killed, burned and finally shoved into a garbage can.

If you were a fan of Dr. Druid (and I'm sure they exist) it's hard to imagine that comic not ending up on one of your All Time Worst list. ;)

I'll pick this up next week with the next category, but until then, can you think of a time when a series went bad because writer stopped caring?

I liked Dr. Druid and how Stern wrote him. He was like Dr. Charles Winchester from M*A*S*H*. Sure, he was a bit arrogant and opinionated. But, what was really annoying was that he really was as almost as good as he thought himself to be. It wasn't just empty blustering. But, his fate was largely sealed when the editor wanted him to become a villain (a large group of writers and editors seem to mistrust characters with mental powers and/or great intellects considering the bad end that most of them ultimately come to).

Sadly that's really the legacy of the death of Gwen Stacy and the first death of Jean: If you can't fix it, kill it.

The industry goes to death so often it's easy to imagine that the entire industry is being run by Thanos as yet another elaborate yet pathetic way to impress his beloved.

Gail Simone's Agent X more-or-less brought me back into comics. Then she left and issue 8... oh god, just terrible. Buddy Scalera obviously didn't get the character at all, wasn't funny, and the story was nonsensical at best. Even Dorkin wasn't much better. When Gail returned she referenced virtually nothing about the interim issues, which I felt was a wise move. Even so, it just wasn't the same and virtually nothing interesting has been done with the character since.

@Cash - I like your Dr. Winchester analogy! You know, I think it's telling that many of today's modern comic characters don't have a tenth of the characterization that we saw in a show like MASH.

@MattComix - The thing that is sad is now death has less impact than getting a new costume.

@Luke - Man, I haven't thought about Agent X in a long time! Simone did some cool stuff there!

I can't think of a specific example of a writer not caring but I feel like I often see writers that are clearly working on a character they have no actual interest in who will then decide to bend the concept over backwards (or just break it) to turn it into whatever they'd much rather be working on.

Ellis very likely had no Dr. Druid stories to tell (few people probably do) so he just did his usual Warren Ellis thing and Marvel had the nerve to be surprised with what they got. But I don't now why anybody thinks Warren Ellis plus superheroes is good math to begin with.