Continuing my discussion of bad comics from last week -
Last week I introduced my series on classifying bad comics by giving examples when a writer doesn't care about the character. Today, I'll bring another group into the classification: Jarring Outlandishness Ideas.

Now, let me just say for the record, I AM a fan of outlandishness in comics - when the context supports it. That is to say, in a continuity where the Flash can be turned into a human puppet...

...I'm pretty much cool with whatever you're gonna hit me with.

What I (and other readers) object to, is when the outlandishness of an idea is so poorly executed that it disrupts the tone of a series. That is to say, while it would be disconcerting to see aliens from X-Files show up on an episode of CSI, it is possible to incorporate those elements into CSI in a way that might work. However, if you are just throwing in aliens without any thought to how they should work in the CSI framework,, then you are creating a story no one will ever take serious. 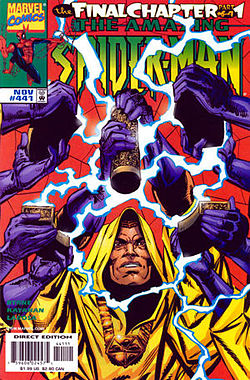 On their own and given some natural build up, there is nothing wrong with any of these plot points. However, all of the above was hastily dumped on readers in the course of a month in 4 separate Spider-man comics. So, what should have come across as powerful moments in Spider-man's life instead feels more like a bad imaginary story.

Let me be clear, it wasn't the haste that made the Gathering of the Five a bad storyline - It was the execution. In Anatomy Lesson Alan Moore was able to find a way to tell us everything we knew about Swamp Thing was a lie while organically incorporating his new truth into the story. Also Moore's changes didn't violate the intrinsic nature of the character (he is still a moody swamp creature.) The Alec Holland side of the character was always more of a story pivot than a character focus, IMO. 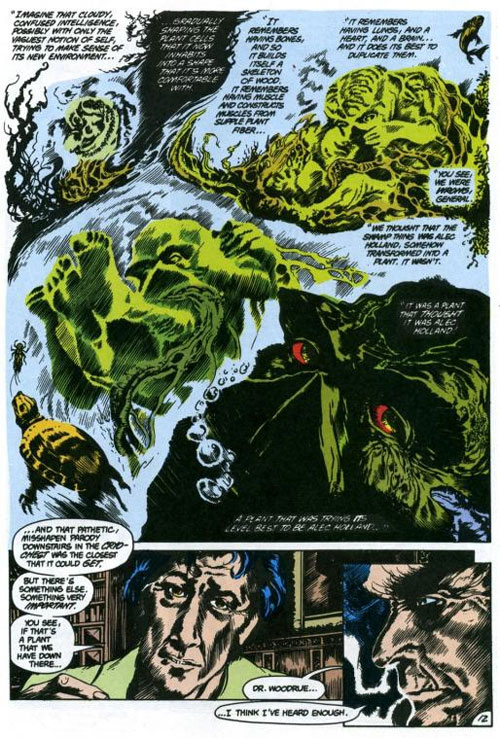 However, since then, many writers have tried to duplicate the success of Anatomy Lesson with dismal results. Case in point: when Jeph Loeb in the pages of Wolverine 55 tries to explain to readers how Wolverine isn't a mutant, but rather was descended from Maximus Lobo a wolf-like race also known as Lupines. This story was met with great deal of backlash and has been pretty much resigned to the Continuity Penalty Box.

In the hands of a better writer, it's possible that readers might have taken to this concept. I could see an Alan Mooresque approach with callbacks to Werewolf by Night, the Darkhold, Moonknight and Man-wolf. That is to say, if Loeb had found a way to weave Wolverine's new origin into an existing fabric of continuity, readers might have taken to the idea. As it was, the Lupine origins were met with the same sort of dismay you might expect if you were to suddenly say Batman is actually a mutant.

Speaking of Batman, just so you don't think I'm picking on Marvel here, DC has their fair share of jarring cringe worthy moments. Check out this clumsy bit of outlandish behavior from the Batman in Justice League vol 1 #84 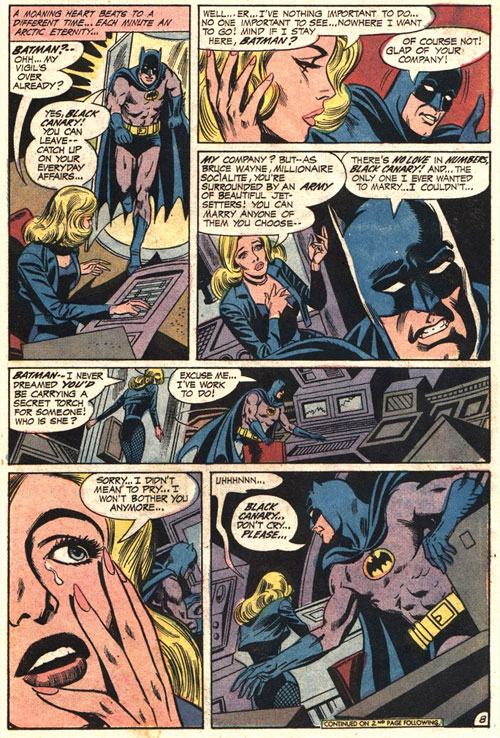 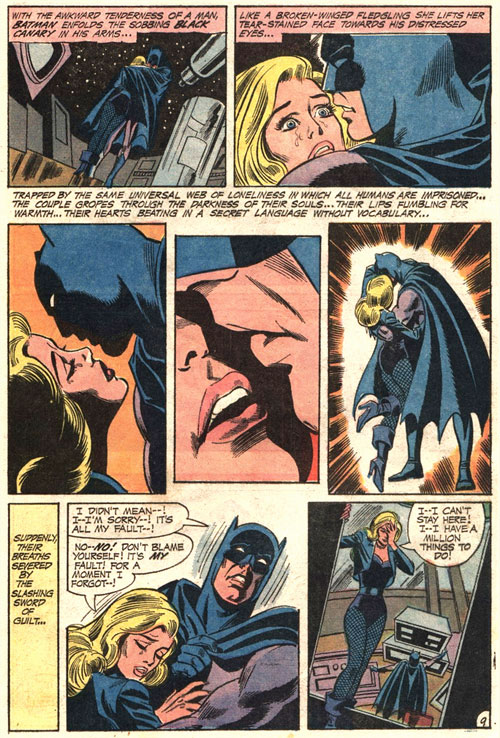 Not one of Batman's better moments.
Sadly, 40 years later, it seems history would repeat itself with another instance of this scene that was just as jarring: 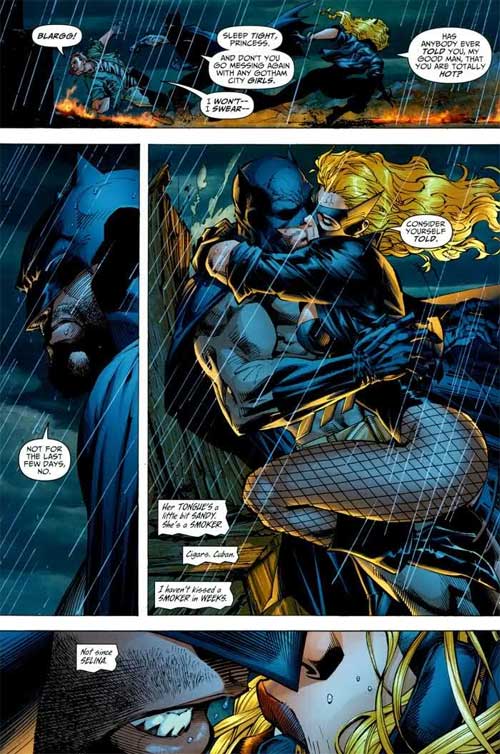 As with the Spider-man plot points mentioned at the beginning of this post, there is nothing wrong with a Batman/Black Canary love connection in a story - as long as it is introduced with some care and consideration. However, modern writers seem less inclined (less patient?) or maybe are given less time to develop their stories appropriately.

Which means we will probably see more jarring outlandishness the future.

Maximus Lobo? What, had somebody already used Extremis Lobo?

As bad as these are for Batman they are terrible for Black Canary. In one she's crying at the drop of a hat in the other she's just generic Millerwhore no. 111038-B.

@Trey - that Loeb. He never fails to surprise me with his banality. :\

@MattComix - At least with the Bronze Age scene you could sort of chalk up her breakdown to all the things that had happened to her recently (it was a rather tumultuous time in her life.)