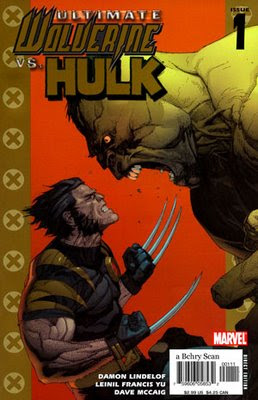 In a recent interview with Newsarama Marvel's Talent Liaison (and editor) C.B. Cebulski explained Marvel's decision to end their long standing open submission policy where aspiring artists were able to make a "cold" unsolicited submission to Marvel.
An excerpt of the interview:
"Now to be blunt, yes, that's the main reason Marvel is ending our open submissions policy. I wish it were different but that's the conclusion we came to after much review. For as long as I can remember, during all my time at Marvel, we've been getting anywhere from 20 to 40 submissions a week.

And when I say submission here, I mean cold submission, an envelope with artwork sent to the "Submissions Editor" or "Art Director" or some other title to that effect. These are unsolicited by an editor and just sent in by hopeful artists looking for a chance to hopefully have their work reviewed by someone at Marvel."

He goes on to say:

"But the cold, hard truth is that no one ever got hired to draw comics for us through open submissions, unfortunately."

Nowhere in the interview do they specifically say how many years Marvel operated with the Open Submissions Policy. They do state that "75 – 80% of what we get sent is not up to everyday comic book standards" which of course leaves 20%. Could the artists submitting work in that percentile be marketable?

For a visionary company like Marvel who's turned numerous properties into multi-media paydays and gotten the jump on the digital comic book delivery system? It it this bloggers opinion that the artists in the 20 percentile could bring success to Marvel in one format or another, with the appropriate vision.

Lets take a minute to exam those numbers just a bit here:

At 30 submissions a week (the article states 20-40 above so I'll split the difference).

We'll go with 15 years (a nice round number although its probably more in this bloggers estimation).

20% of that would be 4,680 submissions who would? Who do? Who might have a shot? Lets just say "who had a shot ot making comics that would sell on a basic level".

That's a lot of creative talent passing through the Marvel offices. People who received rejection letters because their work didn't suit the needs of a company that has had a powerful influence over an art form and publishing platform they helped in creating, and reinvigorated more than once.

They didn't have anything to offer a thousand candidates a year?
Here's just one idea:
Does a representative of Marvel make it to every comic book convention that's hosted every year? No, of course not. Why not set up a "sketch army" of volunteers pulled from the ranks of the 20 percentile of the cold submission fans and send them to the smaller conventions and other events around the country so that they, as representatives of Marvel, get into the event free (because Marvel pays a fee) and sketch Marvel characters on the cheap for non artistic fans all day long?

Say 2.00 a sketch, one dollar for Marvel, one for the sketcher. People are all ready buying characters sketches at conventions all the time. The Sketch Army would allow Marvel to extend its reach, produce good will, reinvigorate the love of all of our favorite characters, and build a following with some of the second stringers.

Then of course we could get into a discussion about digital comics or webcomics. Wikipedia states that the first webcomic began being uploaded in 1986. Today there are over 18K webcomics that exist online. Marvel, as you know, would eventually embrace digital comics but it could have been a lot sooner. With a pool of 1000 artistic fans a year, lots (if not all) would probably work for dirt cheap for a while, allowing Marvel to leverage the the web's indiscriminate hunger for content. (Much in the way that Deviant Art does.) An official Marvel Fan Art/Fiction site could have been a fantastic way to let users pick who would be the next breakout writer or artist. Its a shame they didn't. 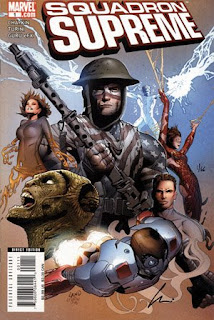 Now some of you may be asking, how does this play into the Paper Comics DeathWatch? Well, I think there is a sizable portion of today's regular Wednesday comic buyers who dream of writing for Marvel (or DC) one day, and this dream is enough to help take the edge off of paying $4.00 for the latest issue of some series that stopped being good 2 years ago.

Now, with that enticement gone, I wonder how many of those Wednesday Regulars will feel the need to keep up with the entire Marvel Universe?


Have a nice weekend.
Caine
Posted by Jim Shelley at 6:41 AM

Caine, I fixed the numbers. - Jim