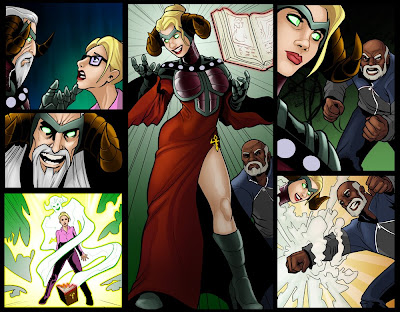 I'd like to introduce everyone to Jay West, a great artist who has been working on Once Mighty! A Kondorr story written by Chris Sims.


The page to the left here is an example of some of the great work Jay is turning in on this issue!

I got the chance to ask Jay a few questions and here's what he said:

What Flashback Universe comic are you currently working on, or are you hoping to work on?


Currently I am working on Kondorr the Killer with the one and only Chris Sims. I want to finish up the parts of that before I start looking too far ahead but there are quite a few Flashback characters I am interested in taking out for a spin, notably Amanita, Butterfly and Wildcard.

Do you have a link to a blog/portfolio?

Sure! http://tabletopfetus.com/mainpage.html is my home on the web and through that there's options for my myspace and other contact info if people would like to contact me. The amount of content currently available is fairly sparse, since you and Chris nabbed me a little after I put up the site, but hopefully there will be some other content available by the end of the year. 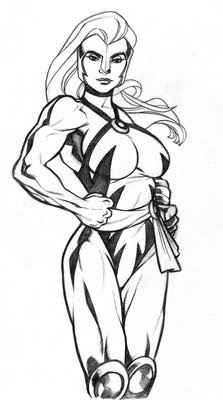 What comics from the 70's or 80's did you like when you were growing up?

E-Man, Howard the Duck, Simonson's Thor, X-men circa the (original) JRJR run, the various licensed toy-comics like GIJOE, and I think the main one that I read religiously and the first distinct comic I can recall buying was the Marvel Tales reprints of the early spider-man issues. 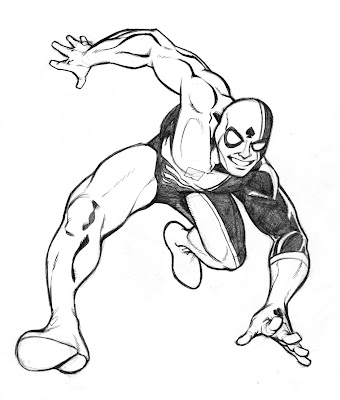 Writers subbing in their own dialogue for whatever character they choose despite the fact the character doesn't act or speak that way. There's admittably some characters that are fairly bland and have minimal speech and behaviorial patterns attributed to them, ok, fine.

But that doesn't mean you should use very established characters as a means to sell a joke because it fits the scene. Not everyone should call themselves "Auntie".

I like the fact that certain comic's variant covers are a great way to show someone the difference in what's hot and what's actually good. It's like watching someone playing Guitar Hero's "Hangar 18" vs watching Dave Mustaine play "Hangar 18". If you follow the path of one you'll only be scraping the surface of how to do it versus the latter. It's not so much a matter of detail or difficulty either, I think if you look at Eduardo Risso's art you'll see something that is simple yet amazingly complex at the same time.


But I think though with a few exceptions the mid-90s trend of aping the hot style without knowing the *how* is fading out, and it seems to me at least the more unique artists are flourishing and given ample time to shine. Maybe one of the few pluses of a smaller marketplace is the remaining fanbase aren't the spectators who are just riding out a fad?

Thank you Jay!
Posted by Jim Shelley at 1:14 PM