Flashback artist Jerry Hinds asked me the other day how do I manage to have the time to work on Flashback while working on other projects AND spending time with my family.

I told Jerry, I honestly don't, and on some occasions, this blog suffers for that...because I can't really sacrifice time from my family. - Especially when my wife is buying kitchen sinks that are bigger than our old sink and I have to spend all night cutting PVC pipe to fit - but that's just a hypothetical situation. ;)

...so with that bit of insider information, I present a little parade of character that have created for Flashback, but haven't used yet...let the picture speak for themselves. :D

First up: Dr. Arcane by Pierre 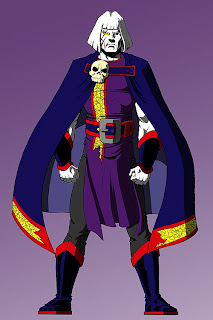 Next: NyghtShade by Jerry Hinds 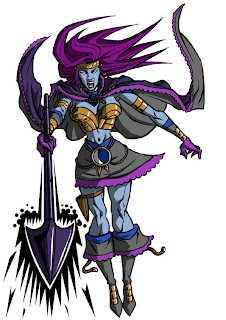 King Scarecrow by Pierre (KS actually appeared in Same Time, Next Year, but he'll be showing up in another story soon, so I thought a nice reminder was in order.) 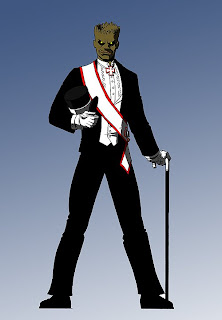 From the Golden Age of Flashback: The Purple Puma by Pierre 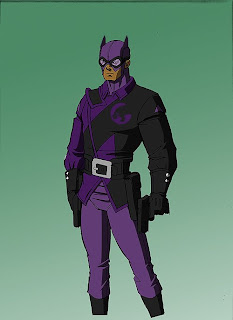 That's all for today. I now have to go buy some plumber's putty. :P
Posted by Jim Shelley at 5:51 AM