This time every year, I get wistful for the old Saturday Morning Cartoon Preview shows the Big Three networks would run when I was a kid.


Often these shows would be accompanied with comic book ads promoting the new cartoons. (You can click to enlarge the ad below) 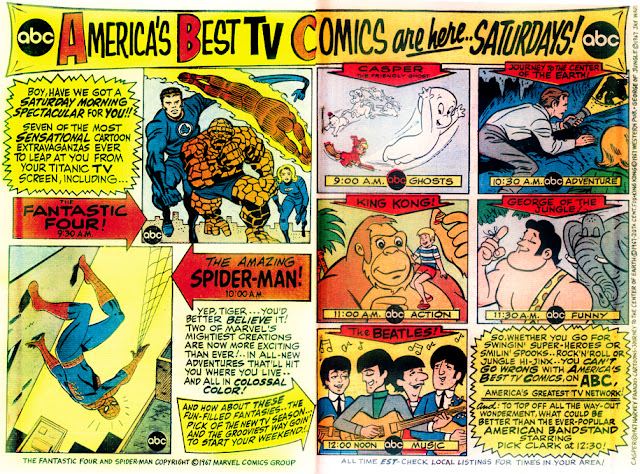 A lot has been written about the demise of the Saturday Morning Cartoons with most commenters lamenting the passing of such targeted programming. On one hand I can totally sympathize with such commenters. As each year would bring us a new round of cartoon shows to enjoy, it was a bit like Christmas for TV. In this pre-Internet age, you had no idea what each show might be like so there was always that compulsion to see them all. And if there was a scheduling conflict between two favorite shows, you had to choose one and hope the other lasted long enough to go into reruns. 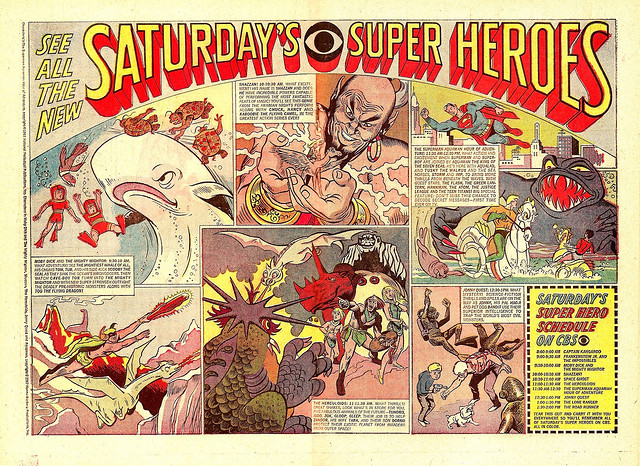 There is the knee jerk reaction to think that kids today are getting cheated because there are no more Saturday Morning Cartoon programming blocks. I think that's wrong. The landscaped has changed such that kids programming isn't restricted to just one day, but is now, in many cases, a 24/7 event on cable and satellite stations. In addition to that, Netflix and Amazon Prime give kids instant access to the shows they want when they want them. Man, I would have traded all my comics for a instant streaming version of the old 1967 Spider-man cartoon!


Still, as my friends and I would often remark, there was something cool about having one day out of the week set aside just for us kids. And the modern random introduction of new children shows lacks a lot of WOW factor when compared to the deluge of new shows we used to get every September.

Here in the Philippines, only one channel had a Saturday morning cartoon block. We had cartoons weekday afternoons, but those were mostly Giant Robot Animes. Saturday morning is where the American cartoons were at. I also remember that He-Man and the Masters of the Universe was so popular here, it was the only cartoon that was shown on a prime time evening slot.

But, hey, today's kids have cartoons 24 hours a day. I'm still undecided if that's a good or bad thing.

@Reno - That's wild about He-man! It was huge in America too, but not prime time level huge. To the best of my knowledge, the only prime time cartoons in the US (prior to the Simpsons) were the Flinstones and a show about football players called Where's Huddles. (There may be more, but those are the only ones that come to mind.)