Holly Marshall Would Be Happy

Editor's Note: Today we have a guest post from Gina Shelley about the positve increase in role models for today's female fans. - Jim


So Jim, my nine year old daughter, and myself went to Heroes Con in Charlotte a couple weeks ago and had a fantastic time. She dressed up as Maleficent, and Jim went as her sidekick Diaval. I went as “the person who sewed the Diaval costume.” Of course, we returned home triumphantly hauling bags of awesome new titles we had discovered. It was glorious.

I flipped back through the goodies my daughter had chosen. Batgirl. Princeless. Starfire. Jem and the Holograms. Altar Girl. 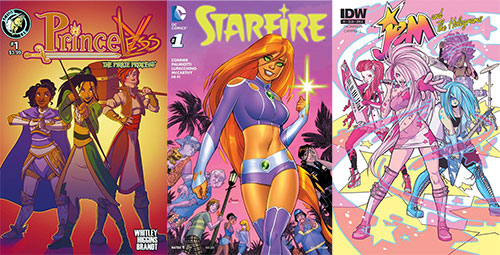 Lego figures of Gamora and Supergirl and the Scarlet Witch. Pictures on my phone of my girl posing with the wonderful Babs Tarr and indie creator Kata Kane. 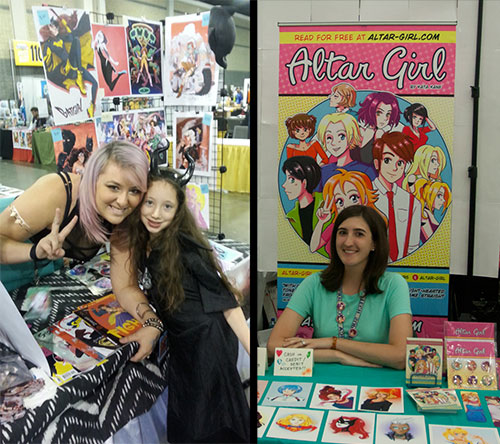 Pictures of my daughter dressed as Maleficent, the masterfully-written title character of one of the best movies ever to come out of Disney. A movie where the female title character is a living, breathing villain, hero, human in her own right.

And then it hit me: I didn’t have any of this when I was growing up.

There’s a little boy that stays at my house sometimes. He has particularly endearing television-watching habits. He will announce which of the characters is “him” (for example. he will announce “I’m the guy in the blue shirt.”), and will watch the show with the idea that he is watching a show about his own adventures. Sometimes he will assign me or others a role, too. Had I done this as a child, I would have had some slim pickings indeed. I would have been a side character.

So, as I was growing up, I guess it’s not too surprising that most of my role models were men. They had to be. None of my heroes looked like me. If I wanted to imagine myself having those sorts of adventures, I had to imagine myself as a boy. I had Princess Leah and Holly Marshall (Land of the Lost) and (O Mighty!) Isis, but beyond that, not much else of any value. To this day, I have to admit that for a straight woman, I have spent an awful lot of time in my life forgetting I was female. 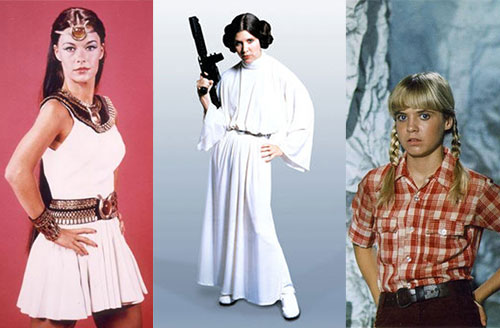 Let’s talk about the old tv show, Wonder Woman that ran between 1975 and 1979. Even then, I thought that show was kind of ridiculous. Of course, there were characters out there that made the attempt, sure. Even Wonder Woman made the attempt. But it was a different time, and mostly, the creators driving our media simply did not get it. Even female title characters were seen through the male lens.

They were not there for me. They weren’t even there for themselves, really. Wonder Woman wears underwear and heels and is driven by her crush on Major Steve Trevor. That’s not really how little girls want to see themselves.

It wasn’t until characters like Ripley and Sarah Connor came out that we started to see real heroes we could admire. 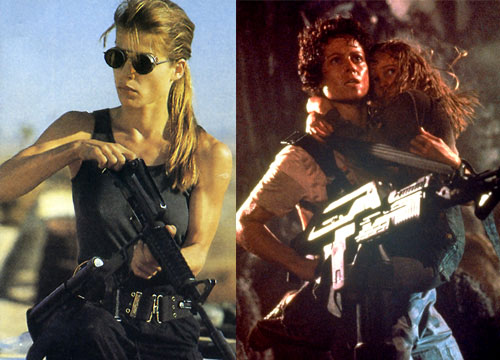 But by the time they came along, I was an adult. So I am old enough to be cursed with the idea that these sorts of stories are remarkable. 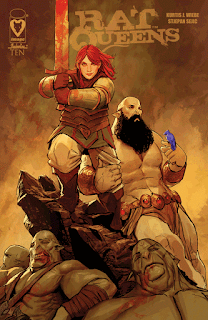 At the Con, I discovered Rat Queens, after the young lady that sold it to me raved about how awesome it was. She was right. It is awesome. There is no way a book about an entirely female group of adventurers would have existed when I was younger. There is no way a show like Once Upon A Time would have existed, with the leads all being tough warrior women who drive the plot. It wouldn’t even have occurred to anyone to even make such a show. So when I see characters like Emma, Snow White, Princess Aurora, and Mulan presented as a serious group of adventurers solving problems and taking the unapologetic lead, I notice it. Younger women might not...you don’t notice the air you breathe until it changes. The air in my world has changed. And it’s awesome.

Full disclosure here. I am a writer. I am a feminist. I am an adventurer in my own right, and always have been, even as a tomboy child, running through the wild woods and swimming in rivers and lakes with snakes and God-only-knows what else. But even so, even knowing all that, I still had to overcome the subconscious idea that female characters are boring. That they are there to be decorative, or to further the plot line for the male characters. It took me a long time to be able to break out of this mindset. I had to relearn everything I’d been marinated in for my entire life. It’s hard for me to admit that, to be honest. But there it is.

But here’s my daughter, who spends her time writing stories with female protagonists, and drawing comics where it’s the girls that have the adventures and take the risks and do the rescuing. It’s my daughter who has a box full of PlayStation heroines she picked out herself, using them to build castles and fly spaceships and fight bad guys.  And here she is dragging home a bag full of heroes that all look like her, engaged in stories that she can easily imagine herself into.

And the most amazing thing to me, the most staggeringly incredible thing is that she is completely and totally oblivious to why this is remarkable to me. She won’t ever have to struggle with the idea that characters like herself don’t have to be boring cardboard cutouts. She would never understand why this particular bag of heroes takes my breath and puts tears in my eyes.

I hope she never understands. I just want her to go with it. I want her to be the hero in her own story, without once thinking that it’s remarkable.

Excellent post! As the father of a 12 year old daughter, I remember considering which female heroines I could enjoy enjoy (re)disccovering with her and being rather dismayed that there were so few from my own childhood. The 'air' has indeed changed, and it's great discovering her heroines in books, films, etc. like 'Kendra' from the Fablehaven series of books.

Although, I still wonder when the likes of Marvel will catch up in their film universe, as the female characters, even the strong ones, still seem to be supporting characters. I guess the 'air' hasn't finished changing yet.

I think it's the parents of girl children that get it the most, because we see it from their point of view as well as our own. This sort of change takes a long time. The comics industry, in particular, is really dragging their feet. But even as they drag their feet, at least those feet are moving forward. It's been a fun, satisfying thing to see it happen.