What is the True Origin of The Gorn?

In the Star Trek: TOS episode Arena, the reptilian aliens known as the Gorn are introduced: 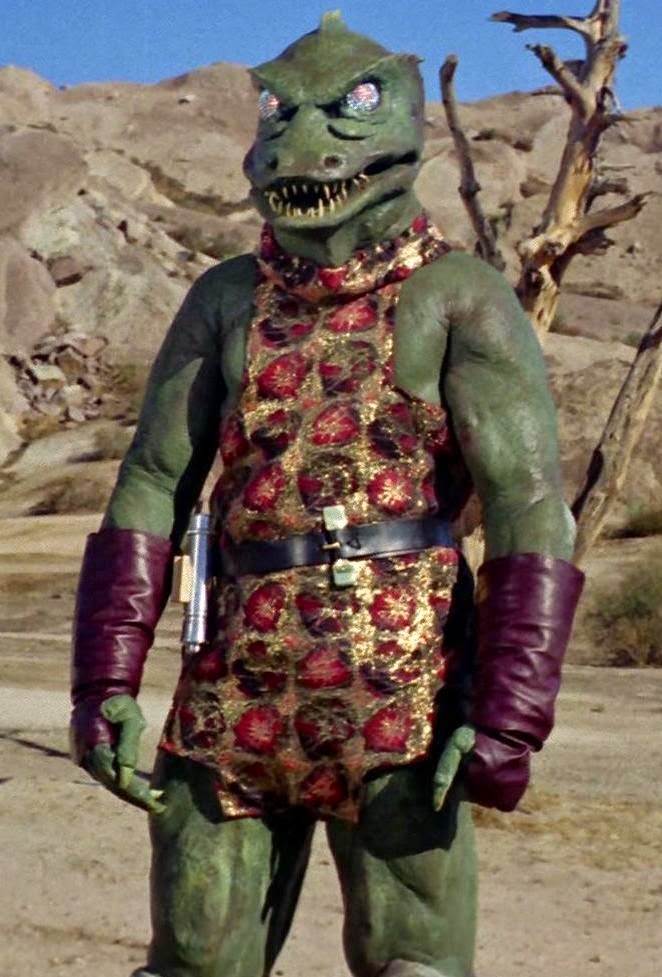 Like many fans of the show, this episode enthralled me as a kid. With his fearsome appearance and lumbering approach, the Gorn fit in perfectly with those other infamous monsters from my childhood: The Mummy and The Frankenstein Monster.

In my twenties, the stiff artificial look and the improbable nature of a space-faring lizard beast struck me as cheesy. Teenage years have a way of robbing you of your ability to enjoy guilty pleasures. I seem to recall having similar conversations with fans of the 1966 Batman television show.

Fortunately, later in life, I made my peace with such things and now appreciate the show as a nice bit of action/adventure science fiction television - regardless of the low-budget costumes and dated special effects.  (And I'd argue that the Gorn costume is actually one of the more evocative looking designs from TOS.)

While a fan favorite, the Gorn don't make a lot of reappearances in Trek. There is a brief nod to them in the Star Trek: The Animated Series episode The Time Trap: 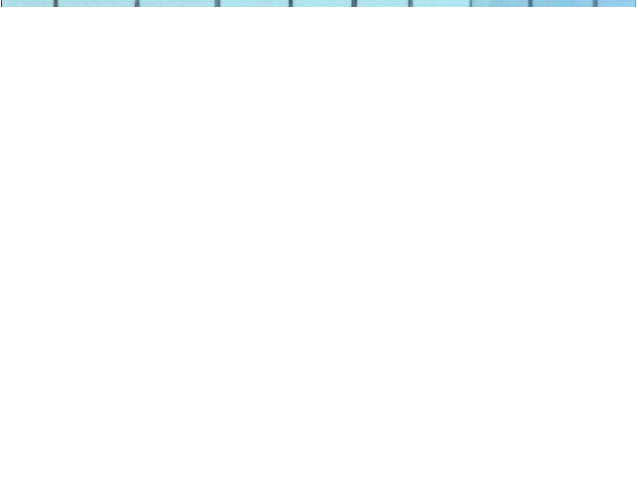 And in the In A Mirror Darkly episodes of Star Trek: Enterprise series in 2005: 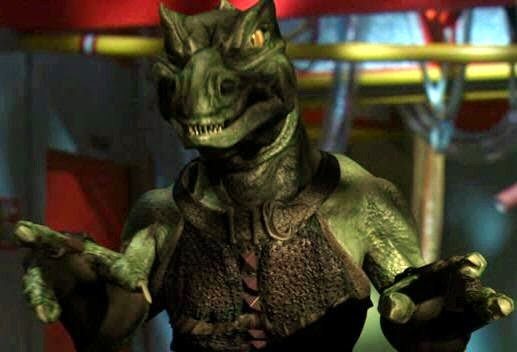 And they've made a numerous appearances in parodies of Star Trek, the most recent being a commercial for the new Star Trek video game. 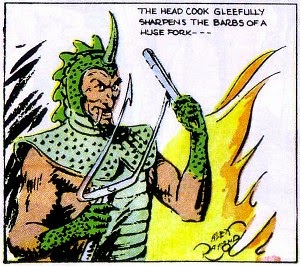 While their physical resemblances are remote at best, the name Gorn is basically Gordon with a few missing letters. And the Arena episode itself, with its desert environment resembles the desert looking Mars from the old Flash Gordon serials: 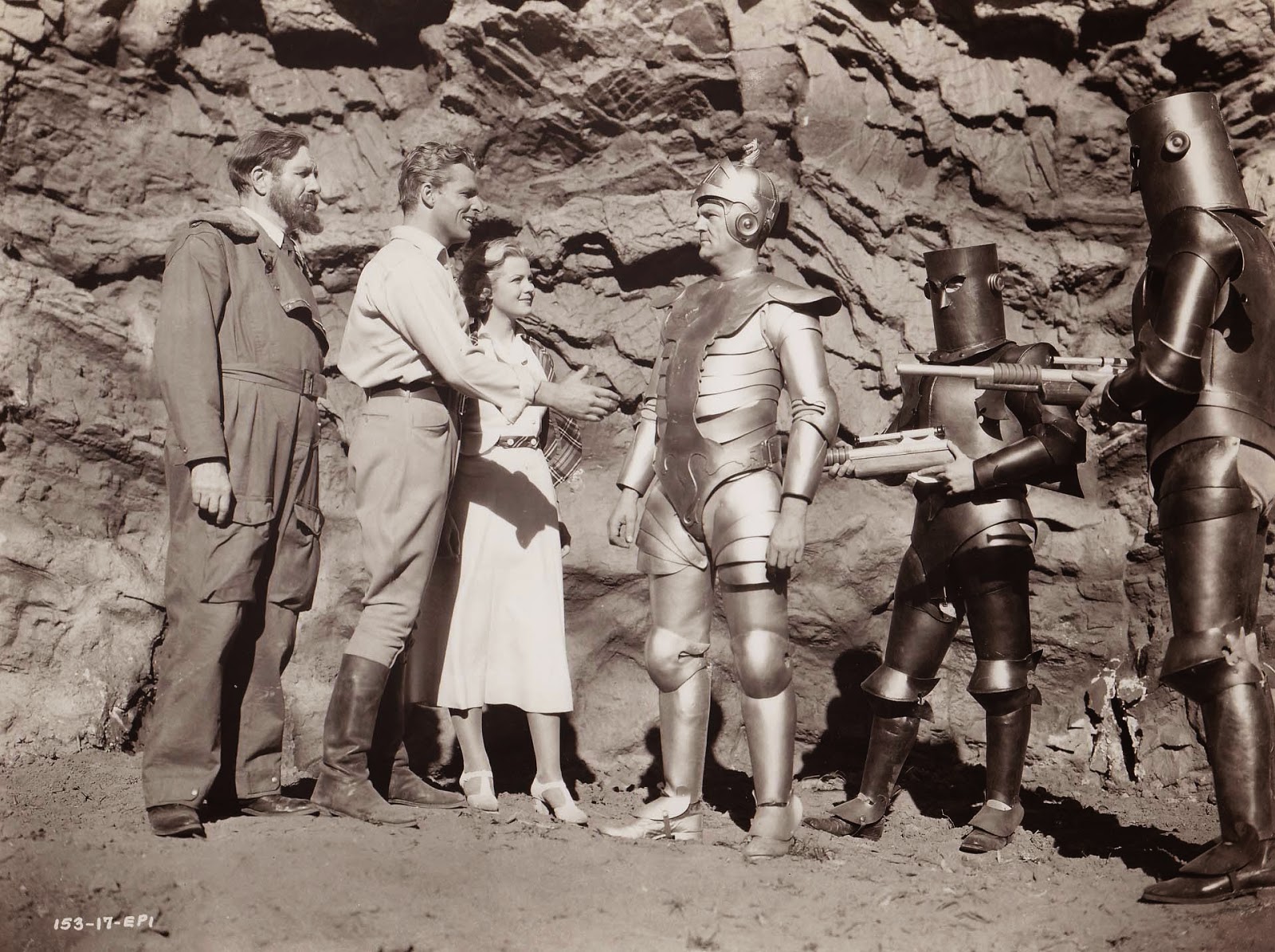 But the similarities in environment is probably due to more to easy access to the desert locations near Hollywood than anything else. (Quite a few Star Trek episodes take place in such barren regions.)

It's also possible that the Gorn is a call back to another green, fearsomely fanged alien older than Flash Gordon's Lizard-men - Tars Tarkas of the Edgar Rice Burroughs novels: 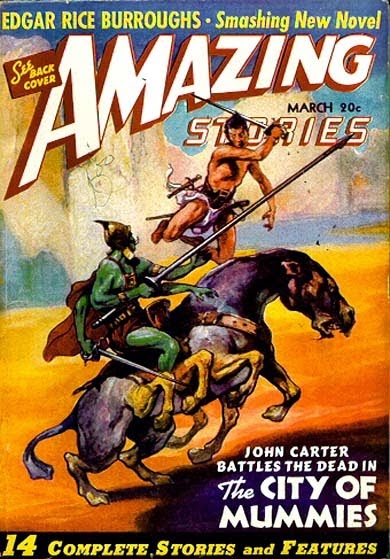 Check out this version of the green martian on the Dell comic from 1952. 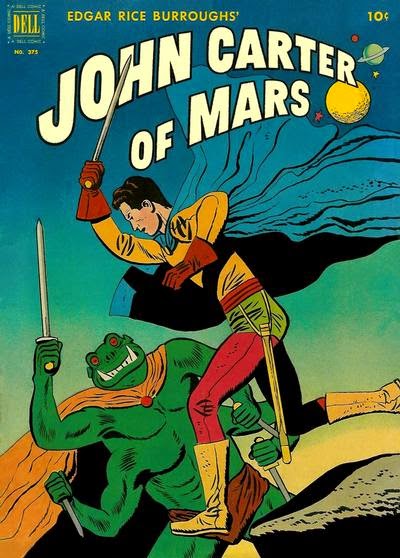 While the design is similar, it's not really a smoking gun. The problem is, Lizard Men, whether they were from space or lost lands, were sort of a staple of early pulp fiction: 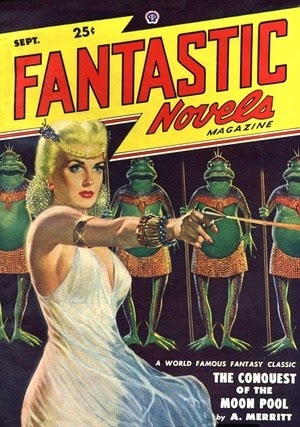 So, it's entirely possible that the Gorn were a call back to just a classic looking creature.

Of late, there have been more modern revamps of the Gorn (like this one from the Star Trek video game) 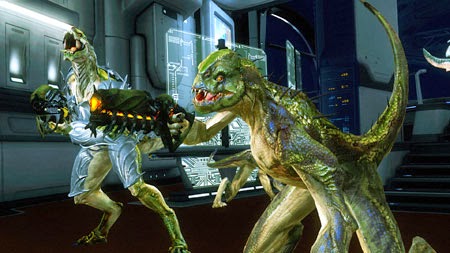 I suppose this is a way to make them more ferocious, but I remain a fan of the more anthropomorphic look.

What do you think? Is the Gorn too cheesy to exist in the current Star Trek movie mythos?

I think you sort of hit upon this, but maybe didn't find it satisfying: it may be that the Gorn did have one source. As you point out, reptile men were pretty common at that point. The Gorn just another in that long line.

I think the Gorn while being derived from a long line of lizard men in mythology and pop culture stands out in the context of Star Trek because he's a deviation from Treks usual humans with funky foreheads and/or skin coloring.

@Trey - yeah, that's most likely what it is.

@MattComix - I agree. The Gorn was a good bit of work compared to the usual anthropomorphic aliens we saw on the show.