The Flash Gets his Cowl

So,  a few weeks ago, I wrote a post that asked would the CW give the Flash a cowl in the upcoming Flash television series. Now we have our answer with the reveal of a single image from the new series. 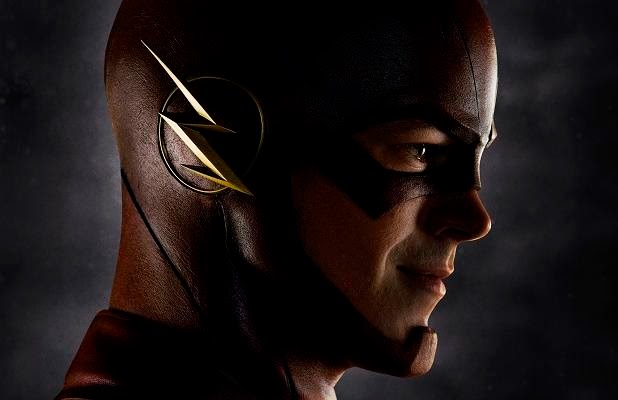 My first impression is props to CW for actually going with the cowl. I noticed they have shied away from going with the nose covered look of the 90's Shipp version (which I've always felt took too many cues from the 90's Batman look.) 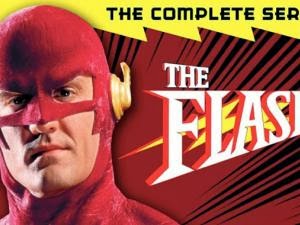 Here are my thoughts on the new look:

The leather texture looks good. It already looks like it will enable more emotive capabilities than normal cloth would allow.

The chin guard is an interesting addition, which when I started looking around seems to be something that was added during the new 52 era.

I wish the red had been a bit brighter (this is more of a Burgundy Bolt than a Scarlet Speedster) but I understand that Hollywood doesn't like brightly colored characters with such a passion that Hollywood will actually go out of its way to adjust a costume after we have already accepted it on the big screen! That's how this: 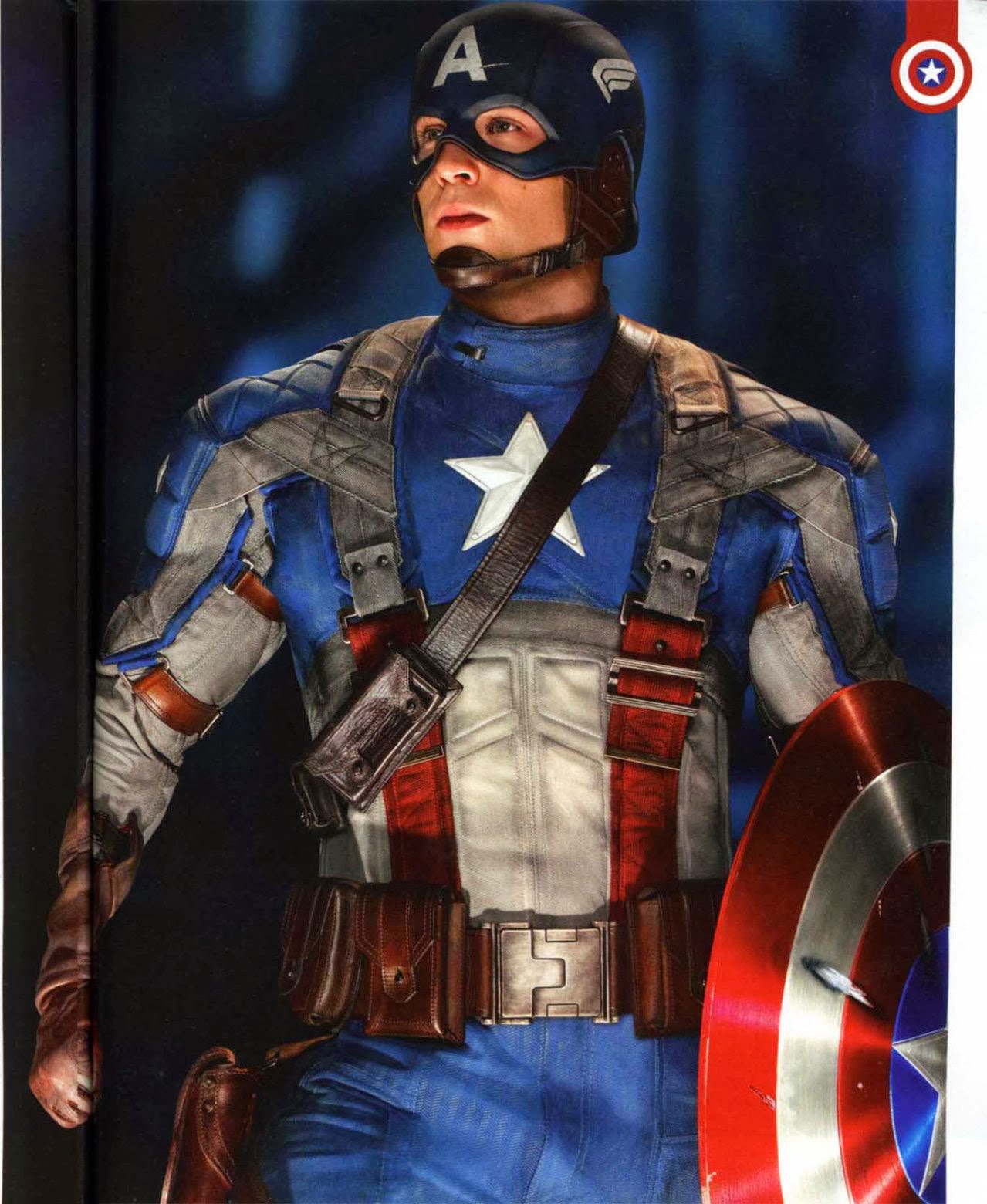 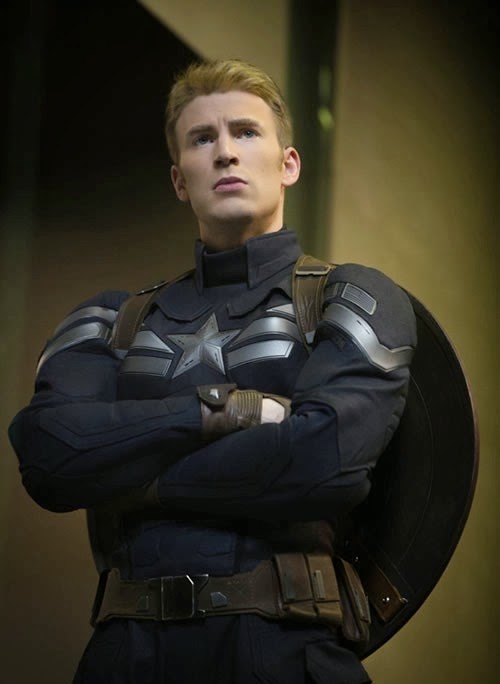 Also, nice to see the lightning bolts on the sides. Again, that's another place that seems to trip up designers. Check out the challenge Captain America's helmet wings have presented over the years. (Pictured below are Dick Purcell from the 40's black and white serial, Reb Brown from the 1979 television movie, Matt Salinger from the 1990 movie and Chris Evans from Captain America: The First Avenger.) 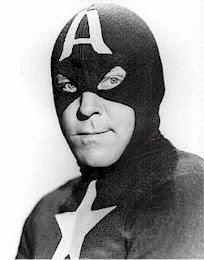 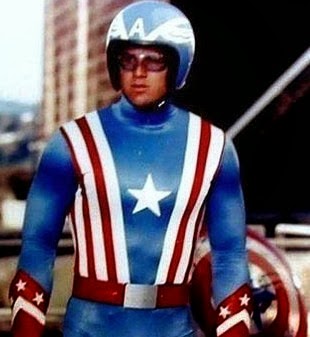 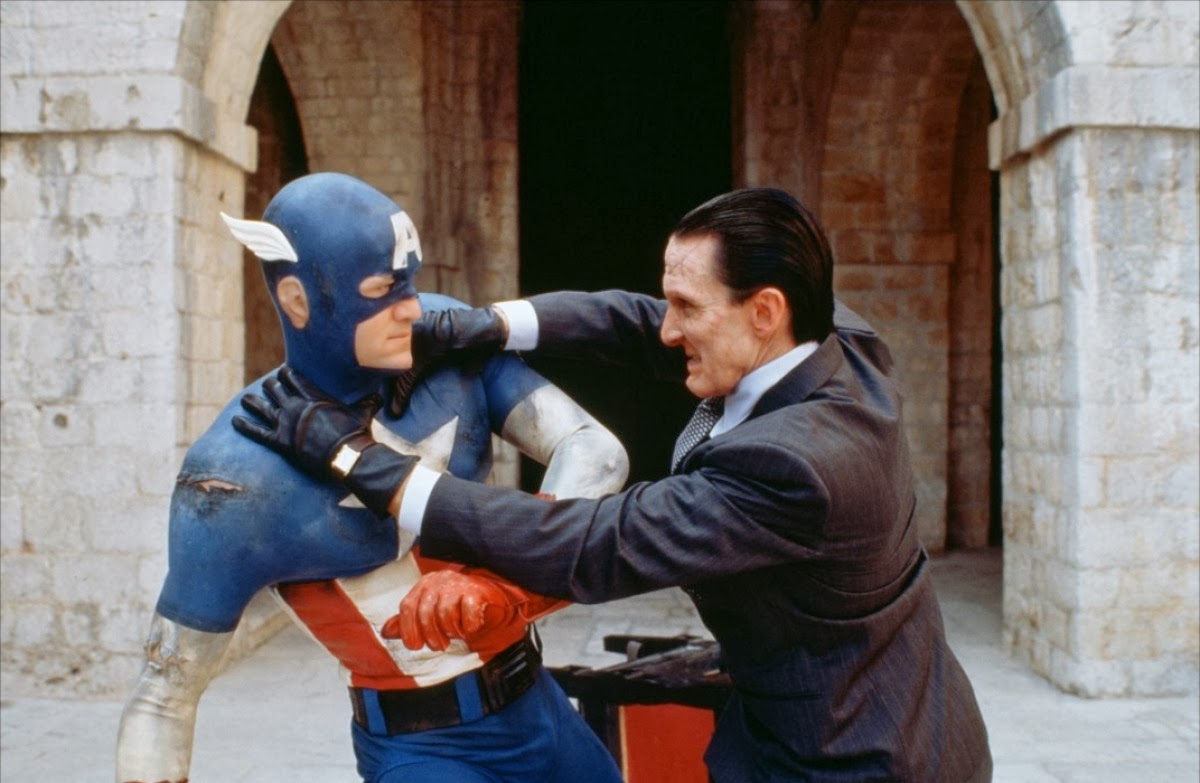 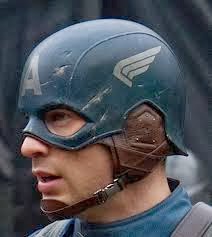 It would be nice to have a forward facing image of the new look, but based on this side profile, I think they have done a fine job.

I'm now even more excited about his series than I was before.

Why isn't this titled "Fear of a non-blonde Flash"? :)

Once again have Hollywood de-saturation syndrome in effect. Hollywood just seems to have some weird aversion to color in general that goes beyond even superhero costumes. The New 52 chinder-wear is questionable. But like that they got the shape of the mask around his eyes right this time.

Really, I'm just glad he's not wearing a hoodie or goggles. Like you Jim, I need to see how those lightning bolts look from the front before I can truly form my opinion.

I hope the wings/lightning bolts are more raised than Caps because from the front it ruins the classic silhouette of the character. Same with Cap not having his ears out.

That's what bugs me with stuff like Thor not having his helmet to because it makes them feel incomplete. Those cowls are designed to work in tandem with their respective adornments. It's what makes it more than just a cowl.

It's 2014 and despite all of Hollwyoods vaunted craft and costuming magic Caps head looks not that different the Dick Purcell version when you think about it.

@MattComix - yeah, it looks like the Smallville hoodie era is finally behind us. :D

What I'm curious about is, did they even test with a brighter red or was this dark burgundy their first choice with no test of other colors? I ask because the brighter Captain America colors look fine, which makes me think a brighter red might have worked.

I guess based on this, we know what Wonder Woman's costume is going to look like already.

@Jim. Designing Wonder Woman is going to be a hornets nest because some people have serious hang-ups about her classic look while others want to see Wonder Woman actually look like Wonder Woman.
Throw in also the desire of some corners of fandom wanting one of the alternate outfits like the JMS version or the original New 52 design that had her in pants.

I'm almost afraid we might get a leather version of Cathy Lee Crosby's outfit with the colors bled out. lol. I don't know. Maybe the solution is to let her have different outfits throughout the movie each based on one of her looks from the comics.

For me I think the classic look is valid but so much of it is in how it is drawn or shot which is something comicbook artists have grossly abused at times and I think that almost more so than changing times has fueled the fire against it.

Her trunks are fine when they aren't visualized as a thong. Her top portion is fine when she's not spilling out of it because its barely going above her nipples.

While I'm miffed that the film is not another solo outing for Superman I'm interested to see what they come up with for Batman and Wonder Woman as Superman's costume retained more of his classic silhouette than New 52 did despite the color problem.

I just hope the "tweak" they're talking about is not the addition of a New 52 collar.