Can you live in a world without Nightwing?

Today's post has a bit of a spoiler to Forever Evil 6 (I guess...) so if that bothers you, don't read any further.

If, however, you aren't concern about the death of a truly major character that will never, ever be undone, read on!!!

Several years ago, when Countdown to Infinite Crisis was announced, one of the teasers was that there would be a death of a DC hero, but we didn't know which one. At the time, the rumor was it would be Nightwing as Dan Didio seems to dislike the character. 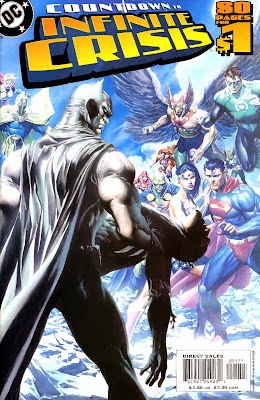 And now, it seems that Didio is getting his wish as Nightwing is apparently killed in Forever Evil 6 when, in an attempt to disarm a bomb, Lex Luthor supposedly kills Nightwing. (Though even in the very same comic, the writer seems to indicate that's not entirely what happened.) 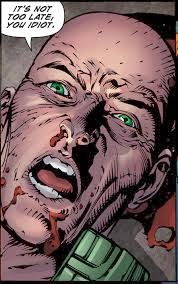 Now, if you are reader of this blog, you've heard me rant about the empty threat of a death in comics before, but in seeing this most recent example, I wonder: Would the readers really miss Nightwing? I know there are Nightwing fans who would (FBU writer Caine is a big Nightwing fan for instance) but outside of them who else would miss him? Currently, the Batman family contains a Robin, a son of Batman, two former Robins, A Batgirl, A Batwoman and Talon (who is sort of this years Azrael ) 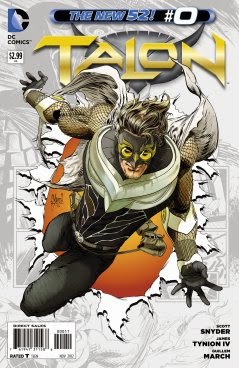 I've always wondered: What stories are being told in Nightwing that couldn't be told in any other Batman title? The few times I've read the title, the stories have always struck me as a bit pedestrian and unambitious. I suspect that's because, due to his ties to the Batman universe, writers are discouraged from doing anything daring with the character (because you never know when the next Batman event is on the way.) It would be a bit like if Daredevil was shackled to the Spider-man storyverse. 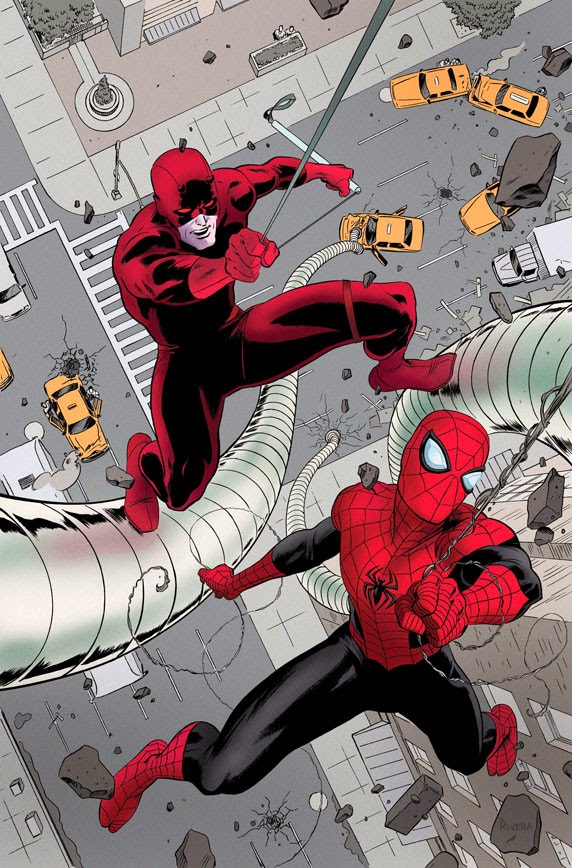 Now, I don't want to give the impression that I think Nightwing should be discontinued in any way (either by cancellation or death). I'm just curious if his passing would really mean much today. Or is he, as I suspect, simply an outdated construct Marv Wolfman and George Perez designed to satisfy some creative impetus during the 80's Teen Titans heyday which doesn't really exist today? 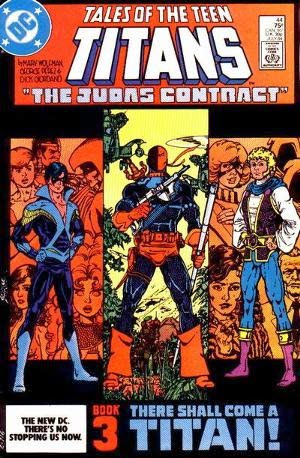 Objectively, Nightwing shouldn't exist because Robin should never have been shown to age as it is giving a linear progression of time to something that can't practically sustain it (I.E. the monthly ongoing superhero comicbook series featuring trademarked characters.)

If you had a 10 season Batman tv series and Dick became Nightwing in Season 5 that'd be different because that show will eventually end.

The more you have a parade of Robins growing old or getting killed off the more you hang a lampshade of the fact that Batman himself is remaining in his 30-40's.

Also there's the Robin idea itself which I love but it happening once is by itself a bit of stretch. 3 is as probably far as you can push it before getting ridiculous and that's only because it took until Tim Drake to get a Robin successor right and they successfully built that out of the ashes of their screw ups with the second one.

Now given that Nightwing has a fanbase and that it is admittedly cool to see the kid become his own man I think my ideal Bat-Family set up would be Nightwing as the elder brother, Tim as Robin the younger, Batgirl, Alfred, Gordon, and at some point Catwoman once she finally turned face.

I like the dramatic irony that the mission Bruce Wayne takes on because he lost his family is the thing that ultimately gathers one around him.

The thing is, Nightwing should not have his own title and that is the thing I would not miss. None of the Batman supporting characters should because they are *supporting* characters. Comics need to get over the spin-off mentality. These characters are interesting in relation to the protagonist. I think "What do these guys do when they aren't around Batman?" is only going to be interesting to a set of people who want even more Batman even if it's only by extension and/or those who have focused on the supporting characters so much they wish the camera was pointed at them more.

Not too dismiss them as heroes in their own right but I'm sorry, not every character needs their own book and that is not something that makes them less special.

Sorry to be so long but in addition to the above, the inherent problem with this whole thing is the idea that somebody has to die for a story to be good and the dependence of on event storylines in general and of which death of a major character is used as a or sometimes THE selling point.

I've been saying it for the past two years, since the New52 began: The Nightwing book hasn't been good at all.

I was excited to have Nightwing back in print because previous to that DC had canceled the Nightwing book a couple years before that and in the interim Dick Grayson wasn't in any book at all only to then make the leap to Batman.

Then once the DCU New52 came around Batman was Bruce Wayne again and Dick was Batman again. Like the end of situational comedy on television, where they spend 20 minutes putting things out of whack only to put everything back in order again just before the end of the episode so they can do it all again next week.

Dick hasn't been in a story yet, since the New52, that was uniquely his and could only be told about him or through him. He hasn't even been used to his full potential at all as the second best detective in the DCU and the 3rd or 4th best combatant.

I say he's better off dead then in lackluster stories that don't go anywhere and don't do anything other then to server the Bat editorial desk.

@Matt - you bring up a very good point about how all the different Robins age Batman. Especially as Dick Grayson is shown getting older. I guess there's nothing wrong with a Batman who is in the 40's, though I suspect a lot of fans would say he is younger than that.

Interestingly enough, that's sort of the age he's going to be in the Superman vs Batman movie.

I think a lot of the spin off mentality you mention is just easy money grabs. :\

@Caine, I wondered what you thought of the New 52 Nightwing comic. Really, I think they sort of missed a golden opportunity to tell stories specifically centered around Dick Grayson (whatever that might be) instead of just having another place to offload surplus Batman event storylines.

I would of kept him partnered with Starfire and made them more of a team of global (universal?) adventurers all over the DCU.

I gotta disagree there Caine. If you take out his ever having been a Robin, then I think you gut the basic character of Nightwing because put bluntly, his being what Robin became when he grew up is at the very least one basic working component of the whole freakin point.

They've done that sort of business with Tim Drake and it's totally pointless now to even call him Tim Drake because he's got jack squat to really do with that character, a character who was designed from day one to be part of Batman's world. Dick Grayson is even more integral than Tim Drake.

Besides, I don't think freeing Nightwing from Batman's current editorial office would truly save him from the greater scope of editorial problems in the whole of Didio Comics. Cutting his ties to Batman isn't the answer.

Really if DC was truly had their stuff together on this reboot we would at this moment be following Dick Grayson as Robin and looking forward to his eventual evolution into Nightwing and how that would be coming about with the benefit of a clean slate and hindsight.

Which would also give them a chance to stop the whole Robin as Batman's youth program thing. I'm ok with it as a mantle (to a point), but not as a ongoing rotation of kill offs.

I agree with most all of what has been said here so far, but also you have to look at what new and different aspects a character brings to a comic or story line. Bats is a rich guy who can afford endless gadgets and is smart enough to make them as well as the driven by tragedy thing. Nightwing is saddled with a previously used name (that last time I checked is still being used by a Kandorian) and while he may have access to batman's funds, it is not integral to his character. basically he is just another martial artist in a superhero guise. Without his tie to bats, he is not that interesting because he has never been defined beyond being the sidekick. Who is Dick Grayson? What makes him interesting? What is unique and quirky about his situation? The lack of a real answer to these questions shows us that he is STILL just a cardboard cutout. Oh, and getting rid of his "original" costume hurt him a lot too. While change can be good in comics, the industry is invested in change for change's sake. That is NOT good. They put these people through so many changes we have no idea who or what they are anymore. It's a bleepin soap opera designed to milk the moment and ignore the consequences.