Free Comics Monday: Back in Black

With todays free comics, I am also going to preview two character designs Pierre has worked up for our Trial of the Red Death comic. These characters will be appearing as small cameos in the comic. 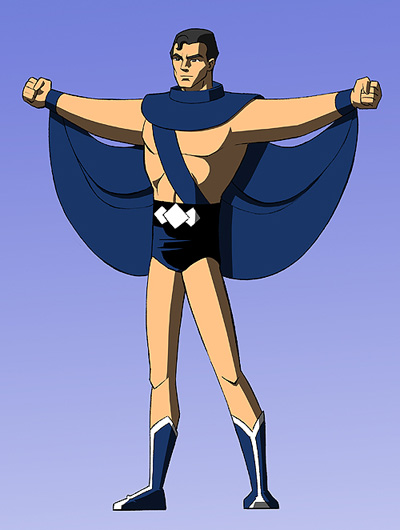 And an issue of Crack Comics featuring the Black Condor.

And here is Pierre's Black Terror 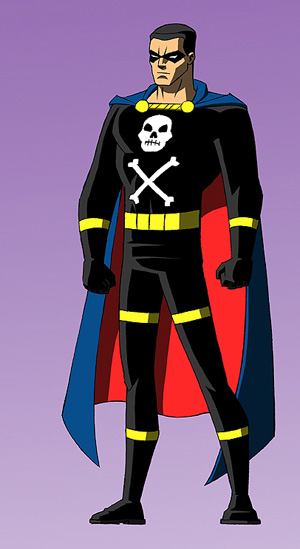 And an issue of Exciting Comics featuring Black Terror. Check out the young sidekick shooting the gun. I think when we remember the Golden Age comics, we forget just how violent they actually were. I think the recent hubbub over Batman using a gun in Final Crisis 6 demonstrates this - but that's a whole other post one day...

Black Terror looks great, very cool style for him. Black Condor looks good also, though he must get cold flying around in that outfit.

Those are great designs. Way better than Project Superpower.

@Marc, Hey, thank you for the compliment! BTW just got my first issue of Adam Zero Saturday, and notice I somehow ordered issue 4 instead of issue 1. I'll have to go back and order the other issues now before I start it. I did read the Black Heron story (because it looked like it was a starting story) and really liked it!

@Phil Looney - Phil! Man, do I miss having lunch at Palmetto Pig with you! Yeah, as much as I like the Project Superpowers stuff, the look and feel Pierre has got going on with this project seems to me to fit the era better. We are both really jazzed about how the designs are going. :)