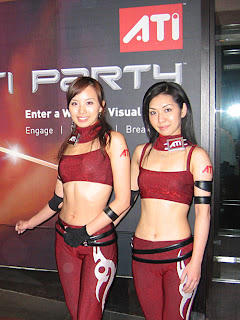 Before I get to what is Computex and why it spells DOOM! for the paper comic industry, I want to start this column with an apology. From time to time, I pick on Apple fans a little, and you really don't deserve it. Apple makes a great computer, OS, mp3 player, and a lot of my bad experiences with Apples come from the pre OSX days.

On the flipside, I'm not the only one who has noticed a slightly annoying *fervor* among some Apple users... The Digital Home 17: Analyzing the Apple Fanboy

Anyway, like I said, Apple makes some great gadgets, and more and more, it looks like Apple is actually going to come up with the killer UMPC device:

From MacRumors... It looks like the long-rumored Mac Tablet will finally be arriving later this year. 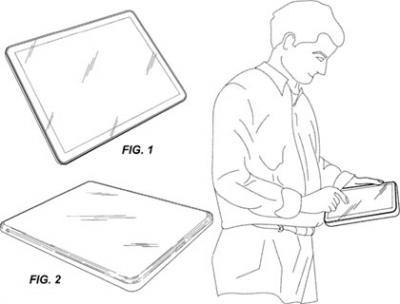 And while I don't know if this is going the be the bombshell at the WWDC conference or will be showing up later this year, it will definitely impact not only how you read comics, but most likely everything else on the planet.

One of the things paper comic lovers say all the time is how they could never embrace digital comics because of their love the tactile sensation of paper comics (which is sort of like saying you could not listen to mp3s because you love the smell of plastic LPs) - well, a few days ago, Gates and Ballmer demoed/previewed a ton of slick multitouch features in Windows 7 this week (the next version of the Microsoft OS - think Vista done right)

Multitouch is the ability to *touch* your computer screen with your fingers and manipulate items on the screen. The features demoed in Windows 7 will be a nice bridge for those tactile sensation lovers, as they will be able to *turn* the pages of their comics just like they do today.

If this be Computex!

Because of the large number of companies involved in the production of computer hardware in Taiwan, COMPUTEX has become a favorite location for observers hoping to get a preview of new hardware and trends in that field.

Why am I mentioning this on PCDW? Well this year, thanks to the runaway success of the Asus eee pc there is the expectation that a lot of vendors are going to premiere new Ultra Low Price PCs (also called Subnotes) at Computex.

The one I'm *really* excited about?

Asus is expected to announce Multitouch spinoff of the EEE line.

That Asus is one letter too close for me.