The Evolution of the Paladin

The Paladin started out as a VERY different looking character and sort of evolved into two other characters. And let me say once again, that Pierre is just an amazing trooper when it comes to revising his character sketches.

I would also like to say that not all of our characters go through such rigorous reworkings. However, when one does get reimagined like this, it is interesting to see the process.

This was Pierre's first version of the character back when he was called Major Victory.

We decided to hide his face a little more and use a Cross motif on his shield and emblem. This set him apart from other Captain America clones.

Somewhere, we started experimenting with making him more Techno.

We added a translucent shield.

At this point I really thought we were drifting away from the core of the original character, but I really liked Pierre's designs, so we kept pursuing it.

We brought his face back into the design in an attempt to soften the techno look.

I think we sort of went back to the drawing board and just made him look more like a traditional paladin, and it really felt right for the character. 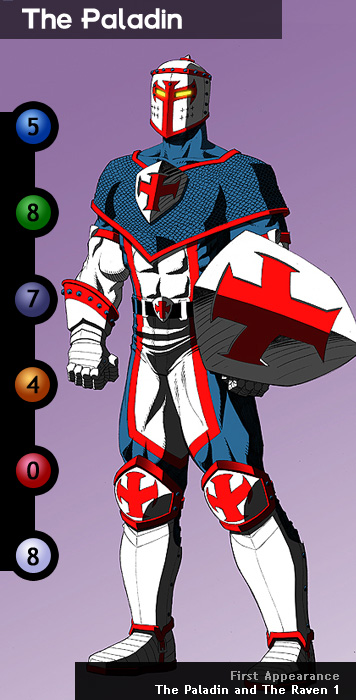 This is what we finally settled on.

Quite a big difference, aye?

However, we salvaged a lot of the preliminary work by using some of the ideas for Cyclotron 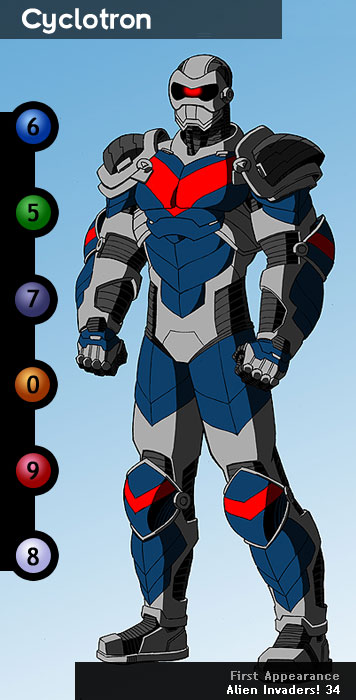 Finally, a while back Pierre and I were discussing Rom, Spaceknight, I decided that Cyclotron would look better with a white armor instead of gray.

So, for the first time ever, here is the new Cyclotron. :)

This was awesome. And I love ROM!