However, I still have not gotten the Pullbox email with the link to the comics OR a reply to my request for help email.

Check out the current list of comic torrents on Zcult now that they are abidding by the DC/Marvel Cease and Desist letters...Quite an interesting assortment of titles to say the least. 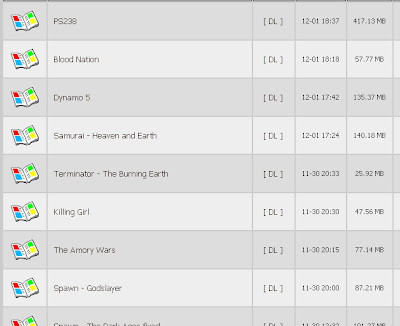 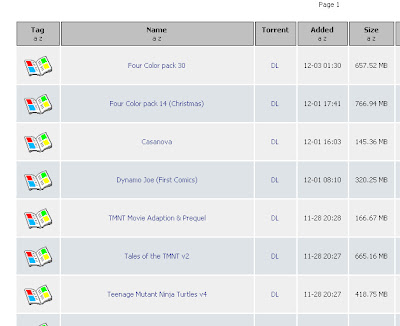 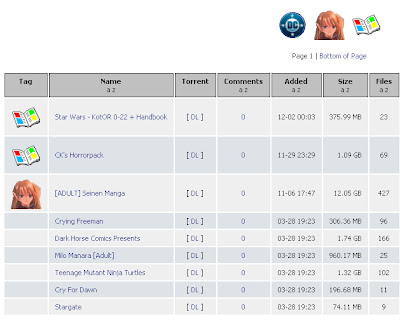 What I think is telling is that according to Serj, the admin at Zcult, he had 74K registered users of ZCult. That number does not include the number of people who accessed the torrents via direct links to the trackers OR referrals from other Torrent-Tracker sites...

It will be interesting to see what this newly established audience of comic downloaders does now that it is harder to find Marvel/DC comics in easy to read cbr format. Will they stop reading cbr comics altogether or move on to other titles?

I suspect that a large majority of them are going to download and try out some of the comics they've never heard about. It'll be interesting to see what happens then.

Also notable was the huge amount digital ink that the Zcult situation generated. Over the past 2 weeks, I think Zcult has gotten more press coverage than it has in its entire existence. Over at Newsarama, the various threads discussing the situation went on for pages and pages.

TakeAway2: It's safe to say we've come a long ways from the days when such a topic would have just resulted in a small handful of posters saying, 'I just want to read my comics in paper format...' The age of the Digital Comic Readership is definitely here.

Meanwhile, what's going on with a.b.dcp?

Well, here's a screenshot of the dcp newsgroup's posts from last week. I've just filtered on those files ending in .cbr. Looks like the group is still alive and kicking hard.

And if that wasn't enough, other people have taken to posting the dcp scans to other groups. Here is a screenshot of files ending in .cbr in the a.b.boneless group.

TakeAway 3: Two people scanned Scooby-Doo? That should definitely say something about the number of scanners around the globe. :D

And finally, the screenshot to end them all..

You know, for the first time I saw a title I've been collecting (by which I mean paying for with money and a monthly trip to my comic store) regularly up on the ZCult website. Up until now, its only been titles I've missed...

Yeah, I know exactly what you mean! As nice as it is to have easy access to the Marvel/DC stuff, I think we are going to see a much greater diversity in the torrents now.