Aquaman (and Namor) vs the Creature of the Black Lagoon

Here's one of two Lost 100 Pagers I'm presenting this month in honor of Halloween. This one features the undersea battle we would a like to see but probably never will: Aquaman vs The Creature of the Black Lagoon! 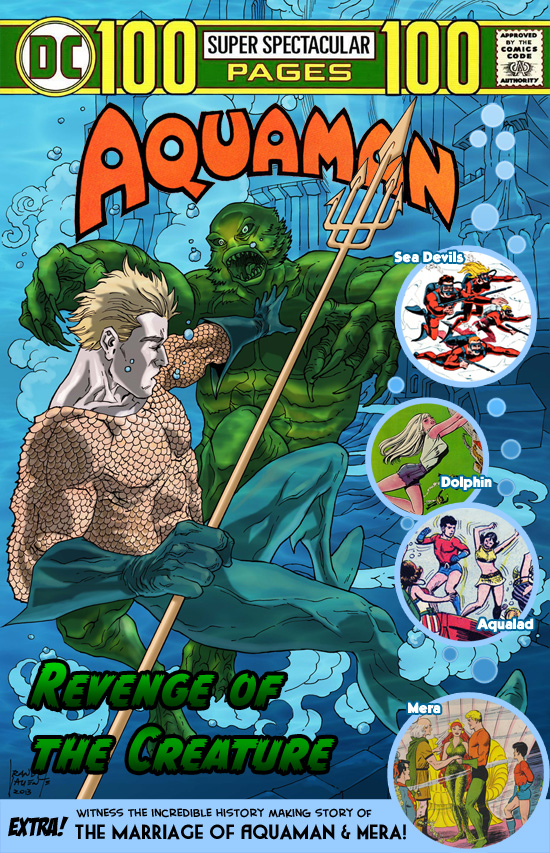 The artwork for this cover comes to us from the talented Randy Valiente who was recommended to me by Reno.

Here is the actual art without the cover embellishments:

Bonus: While looking for reference materials for this cover artwork, I stumbled across what looks like someones mock ups for a Sub-Mariner vs Creature of the Black Lagoon movie. Does anyone know the origin of these images: 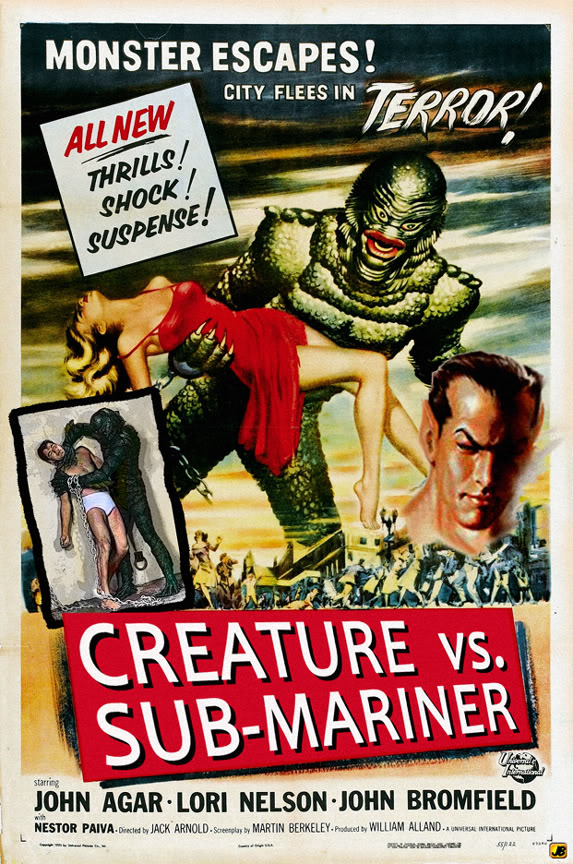 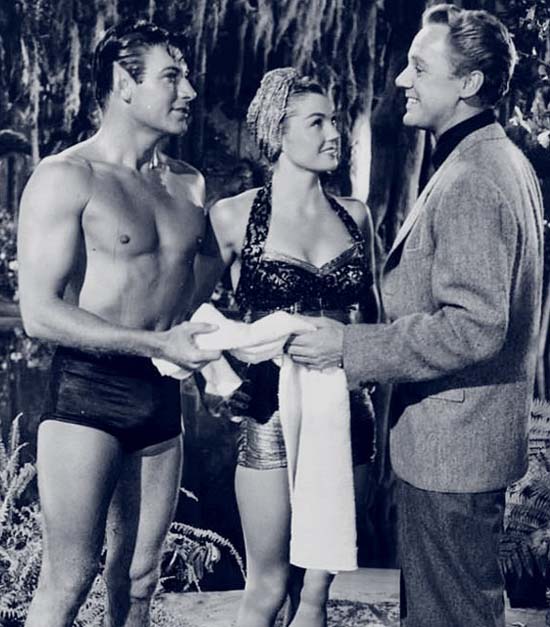 I also found something I remembered seeing before - some panels from a actual Sub-Mariner comic story (Sub-Mariner #35 published in 1954) in which he fought a CotBL looking opponent. 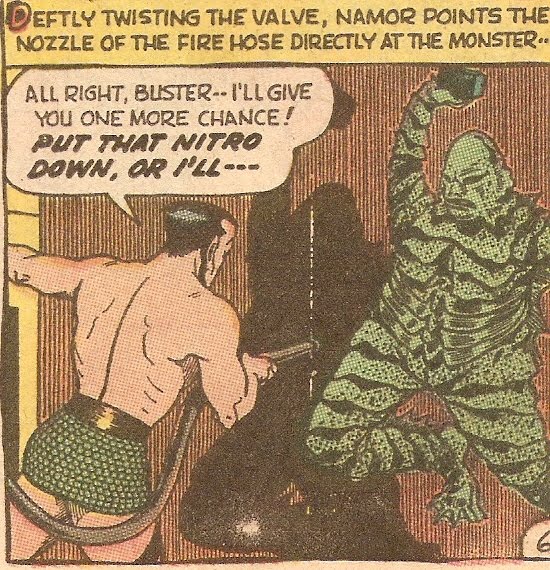 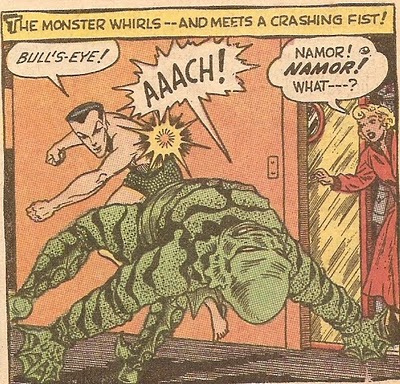 On the DC side, the closest approximation or analogue to the CotBL didn't appear in Aquaman (as far as I know) but rather in the Legion of Super-heroes issue 202... 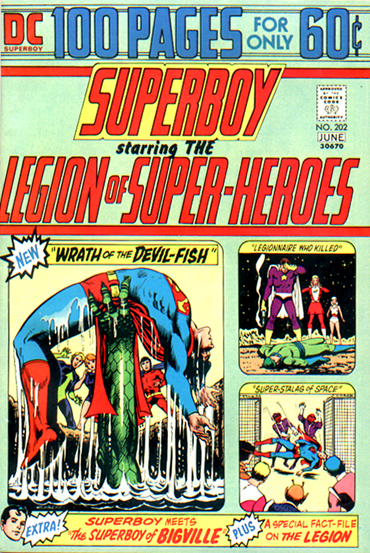 Where we were introduced to the Dave Cockrum designed Devil Fish (albeit, this creature lacks a lot of the distinctive elements of the Universal sea beast. I suspect that was partly intentional.)

If anyone knows of a better DC cameo by the Creature please let me know.

DC's Creature Commandos has had two Creature-like characters: Bogman in the Modern Era and Dr. Nina Mazursky turned herself into an amphibious creature in the New 52's Frankenstein, Agent of S.H.A.D.E. (I remember the latter but not the former).

The poster is from the movie Revenge of the creature 1955.