Beezer, Beano And The Lion

Continuing my disheartening trend of being to busy to work up a post with any wit or wisdom, I present today's walk down memory lane with a look back at more classic kids comics from my youth - this time I remember some of the great English Annuals my brother-in-law Vince brought back for me when he would come back from Britain. 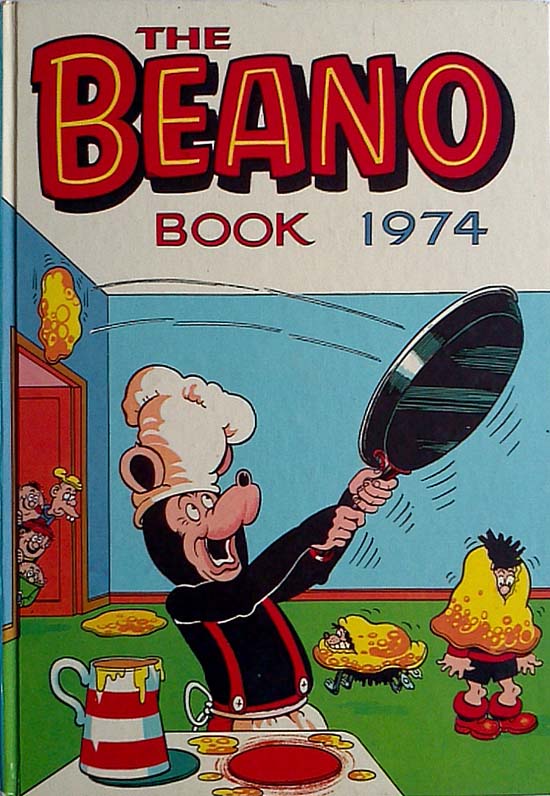 Apparently, in England back in the 70's (and later to some extent) it was a common practice among publishers to make hardcover annuals of the regular weekly(!) comics. Here are all the ones I was able to get via way of my sister Carter's first husband.
The 1974 Beano was my first exposure to these annuals. It was a fun mix of comical stories (one featureing a dark haired Dennis the Menace and his dog Gnasher which my American brain found heretical.) I also enjoyed the Bash Street Kids and Biffo The Bear - all featured on the cover above.
The second annual I got in 1974 was The Beezer. 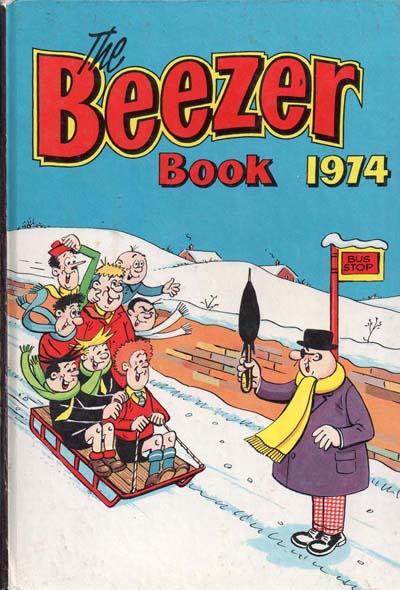 Among the characters featured in this annual were a red haired lad named Ginger (hey, it was a different era, y'know?) and Colonel Blink, a sort of English Mr. Magoo who suffered from poor eyesight and poorer judgement. One of the cooler comics in this annual was a strip called The Numbskulls which showed us exactly how your brain makes the decisions it does. (Click to enlarge and read the full strip)

In 1976 I was introduced to another English Annual, this one with more adventure stories in it that either in the Beezer or Beano: The Lion. 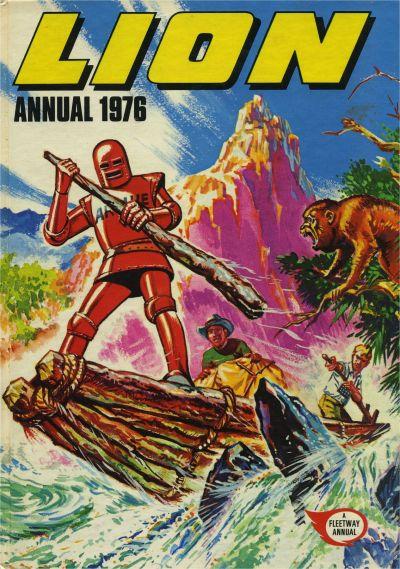 If you've followed this blog for any length of time, you probably can tell how excitied was to see an annual with a Robot on the cover. As it turns out, this robot (Robot Archie) was just the tip of the iceberg of awesomeness awaiting me in this annual. Check out the full contents list:

I can't tell you how many of these characters and concepts influenced the Flashback Universe, but it's quite a lot. One of my favorites was the time lost nomad, Adam Eterno: 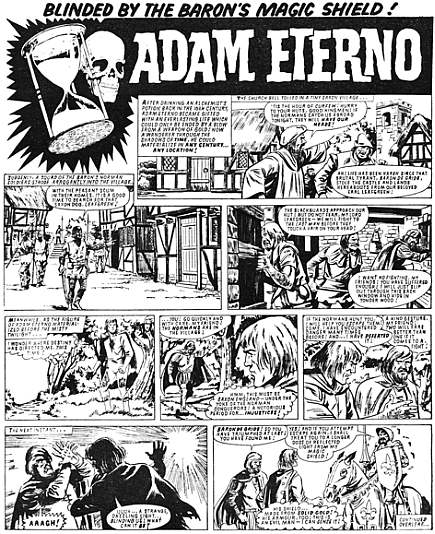 Adam was the young apprentice to alchemist Erasmus Hemlock. One day he made of drinking the Elixir of Life and becomes immortal, or at least an immortal until he is killed by being struck a killing blow over the head with an object made of solid gold. From then on, he wanders the Earth fighting mystic evil and injustice both normal and extraordinary.
In 1977 I got a second Lion Annual with an even better cover: 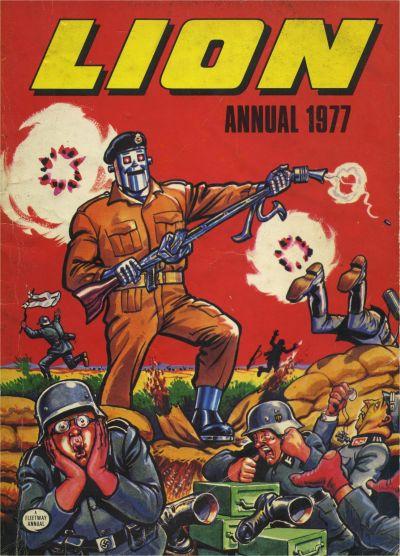 I don't have a full list of the stories that appeared in this annual, but all my favorites returned so I was quite pleased.
The last of these Annuals I received was 2000 AD from 1978. 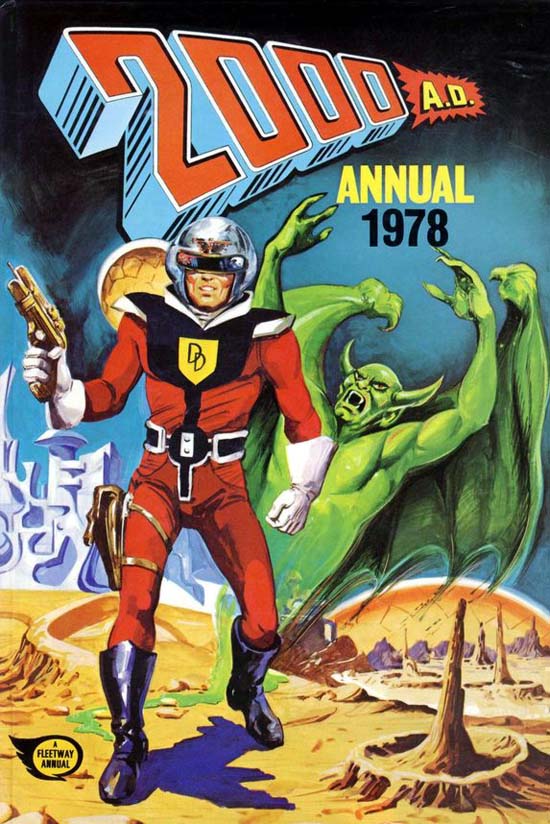 Here I was introduced to Dan Dare, M.A.C.H. 1 (an English Six Million Dollar Man) and of course Judge Dredd. Judge Dredd particularly wowed me and my brother. So much so, that when we started buying our comics from a Comic Shop in Charlotte, NC (Shelton Drum's Heroes Aren't Hard To Find) one of the first things we asked them to order for us was more Judge Dredd (which they were able to get in the form of black and white reprint collections)

I've often wished that the big two comic companies would be more willing to put out collections of comics like the old English annuals with their diverse stories and art styles, but I guess it's just not economically feasible. So instead they focus on what sells (superhero stories). Maybe Image will bring us an anthology like that one day.
Have a greart week!
- Jim
Posted by Jim Shelley at 5:42 PM

when i was a kid i used to get an annual every Christmas be it the Beano or the Dandy or The Eagle I loved these and still have them and most of my Beano Dandy and other comics from that time.
I recently asked the question on some comic book forums about how these comics traveled and if anyone had read them over there but sadly the response was that a lot of people had heard of Judge Dredd and 2000AD but that was about it is good to see that someone of the others have traveled too.

Not just "the 1970s and later to some extent." British comics have had annuals at Christmas since much further back and still come out each year even now.