Spinning the Web of Tedium

You know even as much as we love the Bronze and the Golden ages here at FBU we like to think that we're not entirely opposed to what modern comics do so much as expressing some disatisfaction with the overall direction the industry and the genre has moved in over the years. We often point out what we feel are some of the inherent problems with it. I guess you could say we at least TRY to keep an open mind. Not always easy for us we admit, but we try. 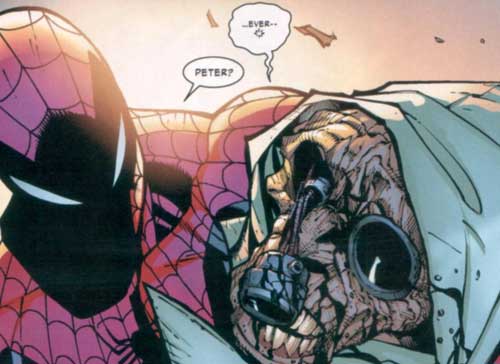 So, Spidey fans are currently getting Deathjerked. Again. Here we go round and round with same cheapheat gimmicks and grimdark that is turning this genre into an ongoing exercise in joylessness. Now Spider-Man's nemesis is wearing his body like a cheap suit so he can go around being the asshole version. You gotta love how the “everyman” thing always gets trotted out as the defense for this kind of stuff no matter how outlandish it is. Peter Parker is "us" therefore it makes it complete sense that Norman Osborn had sex with Gwen Stacy or Peter makes a deal with the devil. The everyman experience! In other words, it really seems like the everyman thing is Marvel's coded excuse to crap on the characters head in whatever way they feel like it no matter the long term consequences. So long as there's the short-term sales fluff.

There's also something else, it's a body swap plot! This is something that would be tepid for even a single issue story let alone as the next multi-part event gimmick meant to be drawn out for god knows how long (probably the next movie I would imagine). Also on a very basic level why would anyone reading Spidey's book want to spend a year reading about Doc Ock in Peter's body? Where does this even come from? It's only function is to service the death and return gimmick without having to do a replacement characterlike Azbats or Bucky Cap. How do we take Spidey out for a year without taking him out of a year? Ah hah! But it still boils down to the same thing.

Seriously how many more times do people who enjoy a time-honored hero like Spider-Man have to endure this long, tedious cycle? If every single popular superhero gets the big bloated death/return event it cheapens the very concept of death itself. In the process it makes that characters back story convoluted to a degree that is ridiculous even by the fantastic standards of comics and the dream logic superheroes ideally work on. "Oh, then there was the time he was dead. No the other time. But that was long after the time he became a giant spider and gave birth to himself." 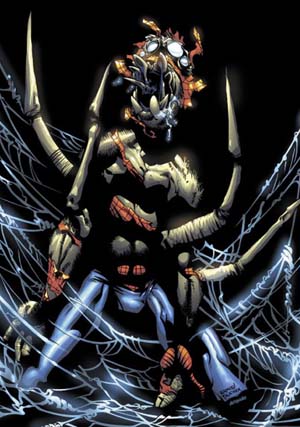 Besides, if the creators working on Spider-Man are that tired of writing Peter Parker then maybe it’s time to change the creative team instead of the protagonist? Or even create a new hero entirely?

Amazing Spider-Man 700 is really the kind of insulting thing that makes a reader feel like
Well, clearly Marvel doesn't respect or give a damn what they do with Spidey in his book so really why should I?"

..and why should you? When you don't like a storyline, do not buy it. I cannot stress that enough. Except the hard part about that is even when you decide not to buy the book the love for the character remains. I also realize that in the era of advanced ordering it's hard to predict when even something that seems stupid on the surface is going to actually be stupid or might be great. Yet it's so vitally important that you do it.

It's the one and only way you have to influence anything that Marvel or DC does. Or any comics company for that matter. They could care less about your opinion no matter where you comment or blog especially when the numbers are telling them the something else. Don't buy just to keep up or to complete your collection or because you've been doing it every Wednesday of your life and can't conceive of being without it. I love Spider-Man but it is exactly *because* I love Spider-Man I will not spend one single dime of my hard earned money on a book that treats the character like crap. Do I miss reading Spidey comics on a monthly basis, yes. God yes! Of course I do! But I'm not going to let Marvel or DC use my love of the characters as means to abuse my loyality by doing whatever insulting stunt they want. Yes, stories need to create drama and conflict but there is also a very basic trust that both companies have repeatedly violated and continue violate knowing that fans will show up anyway.

This Deathjerk is a prime example of that.

Sometimes, to be a bit more charitable to these sort of stories than they perhaps deserve, I think the real problem is I've just seen the gimmicks of comics storytelling too many times.

Is it fair, really, to expect a property that's been around for roughly 50 years and can't have any meaningful character development for fear of harming the brand to keep churning out novel and interesting stories?

To me something like this is not even a gimmick of comics storytelling. The Deathjerk is just a gimmick period. Always under the pretense of "shaking up the status quo". Which is laughable considering how often publishers go to the well on these events there's not really any "status quo" for them to shake up because everything is always about building to the next year-long gimmick.

@Trey - I tend to agree. Reading IDW's Shadow series, one thing I keep thinking is it would NOT be as enjoyable if the Shadow had been continually published since it's inception. The other is that it is good because it's set in a very defined era and milieu.

So, with that in mind, I think that if DC were to do something like a Creeper series set in the 70's that would have a better chance of success than one set in the modern era. I think a large part of what critics enjoyed about the Before Watch Silk Spectre series was how Amanda Conner used the 70's setting in the series. The series that have been getting less love seem to be just paying the era lip service (or even worse camping it up - like the recent Travis Bickle appearance in Roscharch.)

So, yeah, probably if Marvel just retired Spider-man for 10 years, they it would be easier to sell standard Spider-man vs Scorpion story. As it is, they will just keep peddling the illusion of change (because that seems to resist reader churn the best.)

@Matt - yeah, 2 years ago when Marvel announced their Heroic Age, I sort of thought they might try to go a year without having any stories tie into new events, but it really didn't work out that way did it?

@Trey. If they were truly worried about "harming the brand" I don't think they would pull stunts like this or any of the other stuff they've done. It really seems to go against any logic of protecting the brand at all past just constantly fluffing the numbers.

@Jim No it didn't. I don't think anyone currently at Marvel even knows how to function without an event gimmick. I think if you told them to do a solid one issue Spider-Man adventure that appealed to all ages the effect would be like a scene from the movie Scanners.

It occurs to me that this whole thing is really just a bad fan-fiction type of idea and maybe that is the crux of the problem.

Cynical ... we almost placed bets on how long it would take for Peter's personality to override Otto's foreign patterns. It wasn't a soul transfer, so its a simplistic story in my view. Peter will be back depending on when sales begin to drop and the already planned resolution is implemented by Marvel ... Cynical