About 10 years ago, I became obsessed with collecting back issues of the old DC 100 Page Super Spectaculars. (For the uninitiated, check out http://metropolisplus.com/dc100page/ to see what I'm talking about.) And while I was able to collect a good many of them, I eventually gave up. The thicker bindings makes finding ones in good condition difficult and pricey.

However, my fascination with the format has never waned, and today I'm introducing a new series on the FBU - Lost 100 Pagers! The idea is to present versions of 100 Page Spectaculars that never existed (but could have) featuring artwork from talented artists from the internet. With all that said, I present our introductory offering to this series: 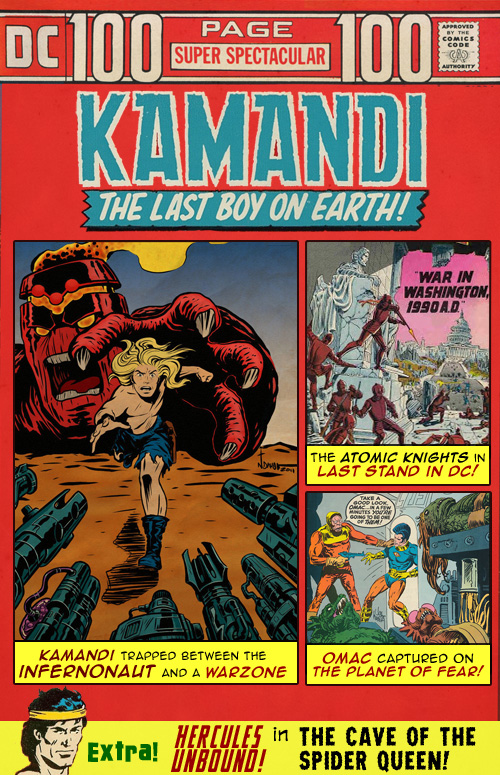 The main panel artwork here comes from Nick Damon. Nick is a writer/artist who has worked in the film industry, the toy industry and had the immense pleasure of working with Disney’s Imagineering on two projects for their theme parks. He has just released his new novel, Shadow of Oz available here: 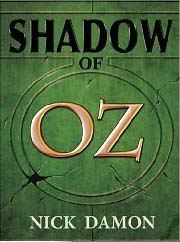 If you like Nick's Kamandi's artwork, check out his other work at his website and his Deviant Art page.

He's got some incredible samples that I'm sure will bring a smile to your face is it did me.

I'll leave you with this question:
Are there any Lost 100 Pagers you would like to see in particular?

He does have a nice style.

The one panel there kind of looks like Bruce Timm to me. Moreso his own artwork as opposed to the really stripped down version of his style that he does for animation.