Continuing my posts on different types of bad comics. Today I'll introduce one the types that usually cause the most uproar - those wherein the writer has played havoc with established continuity.

Again, I'm not one of those people who feels all comics should be slaves to continuity. One of my favorite comic writers (Bob Haney) was notorious for not caring about continuity. 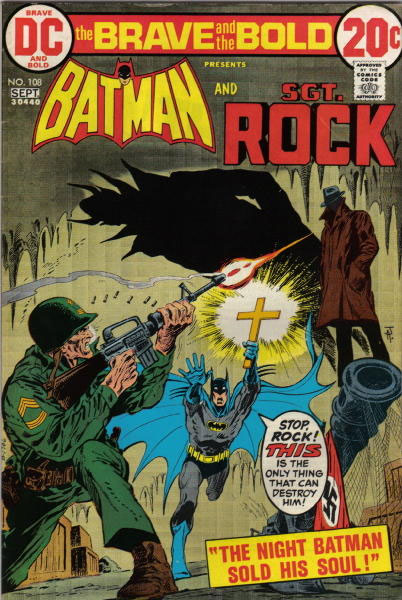 The saving grace in Haney's stories (and for most comics of that era) was they didn't rely on you knowing what happened in the last issue. Still, once you've decided to tell an ongoing story in serial form, then you have pretty much agreed to obey some laws of continuity, or put another way, the more you are relying on continuity to give your story gravitas, the more important continuity becomes.

Modern comics rely (overly much I think) on wanting the reader to be invested in ongoing storylines - which results in continuity having a greated influence than it didn in the Silver Age. As a result, there have arisen two types of Continuity contagions that can ruin a comic.

Today, I'll tackle what I see as the most comic problem: Devalued Continuity.

Over time, as writers and editors come and go on a series, it's not uncommon for some editorial mandate to force a writer to come up with a contrivance that basically oblivates established story lines. When doing this, if the events that the writer serves up are too far fetched, it runs the risk of diminishing the story line's continuity in a way a ignored plot hole never could.

Probably the beginning of this problem was the return of Jean Grey in X Factor 1 from the 90's.

The original premise of the series was that the four original male X-men would be joined by an undetermied female. This unused cover actually shows how far the series got in production without a decided upon fifth member. 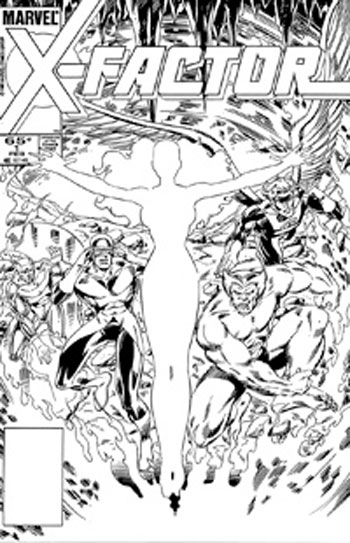 However, an editorial decree made it necessary for Marvel to find a way to bring Jean Grey the dead. The solution? Well, that came from a fan letter from Kurt Busiek. He suggested that the Dark Phoenixed Jean Grey who died in X-men 137 was an alien who had assumed the original Marvel Girl's identity. Kurt had this idea that the Phoenix had duplicated Jean and left her in a pod on the bottom of Jamaica Bay. The actual story in which this all was explained was in Fantastic Four 286. 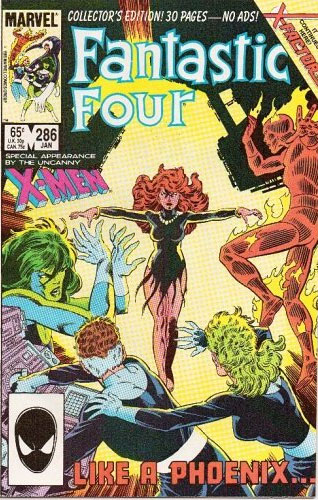 And while Kurt's explanation is plausable (as these go in comic book land) it sort of feels like a continuity cheat. (Especially when you take into account Cyclop's Jean Grey looking wife. Nothing awkward about that, aye? )

All these events may be "in continuity," but hasn't the writer undermined the value of the Marvel Universe with these type of shenanigans? I think so. And I think we see more of that now than we have ever seen before (partly because writers have gotten lazy) but mostly because editorial is driven by a need to satisfy the capricious demands of a superficial fan base. Instead of thinking about whether a story will be good, it's become more about putting the old toys back in the box. Whatever gets Hal Jordan back as Green Lantern is good enough to make the cut. As a result ,we've been getting some really bad stories.

In other words, all the Superboy Prime Reality Punches in the world... 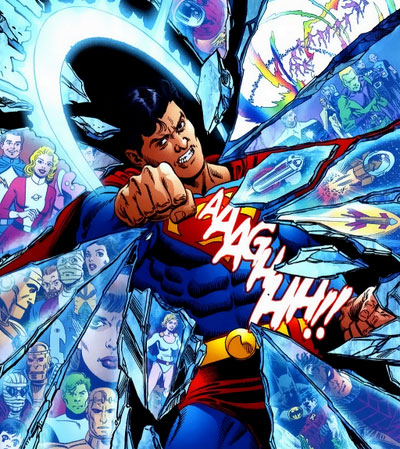 ...don't satisfactorily explain to me how Jason Todd came back to life. 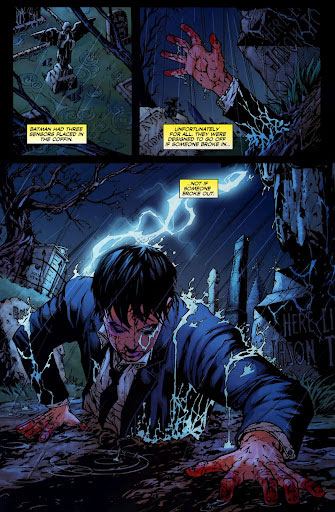 Ultimately, if continuity is the coin of the realm, you run the risk of becoming penniless overnight when you do things like have an Editor in Chief Joe Quesada explain away a 20 year marriage of Spider-man and Mary Jane with words like, "It's Magic. We don't have to explain it." 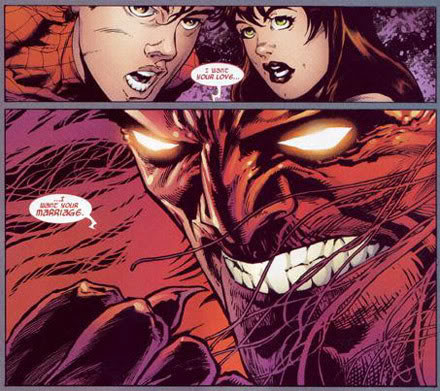 Perhaps the big two can use Magic to make us care about their universes again.

The Jean Grey thing, while a questionable story decision, is at least plausible in comic book reality. The first thing about the marriage undoing is that it doesn't really even make much within the bounds of the universe and alters who Peter Parker is as a character.

I agree with Trey. I don't mind devalued continuity (in this case, resurrections) as long as it's plausible within the confines of the comic book medium, and is creatively done (like Jean's). Jason Todd's resurrection and the Spidey marriage undoing stretched suspension of disbelief so much that it was not believable any more, even in comics. And don't get me started on Ollie Queen's resurrection. That was just... ugh.

No matter how plausible coming back from the dead may be in the context of stories where people can fly or shoot lasers from their hands, to go to the well on it as often as comics do devalues the very idea that there is any actual danger for the heroes or anyone else.

It also makes the publishers feel free to make the actual deaths as gratuitous as they want because they're just gonna bring em back anyway.

The lesson Marvel and the rest of the industry learned from the deaths of Gwen and Jean is that they can jerk the audience around all they want to even in the most crass ways.

The Jean Grey storyline was clever at the time, but how many times have they killed her and the phoenix now?
I just read Hulk: Future Imperfect (1992, mind you!) where the ashes of dead heroes are on a shelf and Jean Grey's says, under her name, "Again?"
I miss the days when you could read a Spider-man where the story was self-contained, but there were some underlying story threads (very minor ones) that kept the series tied together as a whole.

@Trey - I agree about the difference between the two stories. Something I didn't realize is that both of them were written to undo marriages. :D

@Reno - Yeah, Olliver Queen, I think, was the beginning of that whole "let's put the old guy back in the suit" trend, wasn't it?

@MattComic - I agree with you about the lesson the industry learned (about jerking readers around) but I think readers are learning lessons too - much to the detriment of the marketplace.

@Blitzdawg - that Peter David notation is really funny considering how things have gone over the years! And like you, I miss the done-in-one stories quite a bit. :(

I like that you started with the Jean Grey/X-Factor bit because it is the kind of resurrection that can kill a comic.

The Jean Grey storyline was clever at the time, but how many times have they killed her and the phoenix now?

In fact, it's when I quit reading X-Men comics as I realized they'd run out of ideas. Every 40 issues or so they'd just run some kind of "return of Phoenix" story. I got serious about X-Men right about the time Madeline Pryor shows up. Okay, cool, gets me into X-Men. About three years pass and pretty much the whole story goes out the window because, wait, Jean Grey isn't dead. Then Phoenix comes back again in the form of Rachel Summers about 40 issues later and so on and so on.

It's reached the point with X-Men (and many other comics) that you can read a five year period and pretty much have all of that comics stories down. The trick is picking the best version of that five year cycle.