Collected Comics: The Return of the New Gods

Last week I introduced a new series called the Collected Classics Wishlist where I bring up classic comic runs from the past that I think should be collected in a hard cover. At the end of the article I asked for suggestions for other such collections and Reno and Trey both nominated the Gerry Conway/Don Newton Return of the New Gods series from 1978.

Here is my cover for such an edition. 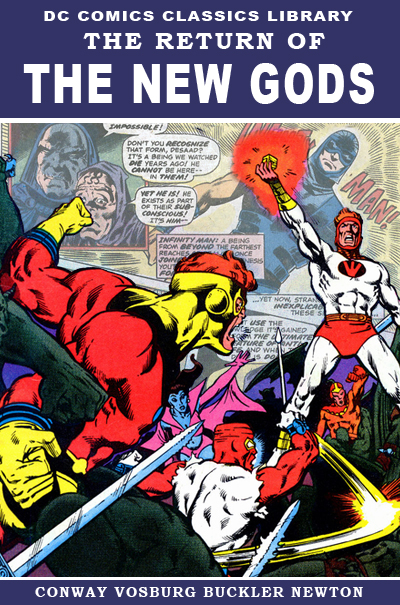 Because buying comics from Spinner Racks was such a haphazard affair back in the 70's, I missed out on most of this run, only picking up the DC First Issue Special and the very last issue. Apparently, I missed 5 other issues with artwork by Mike Vosburg and Rich Buckler as well as Newton. 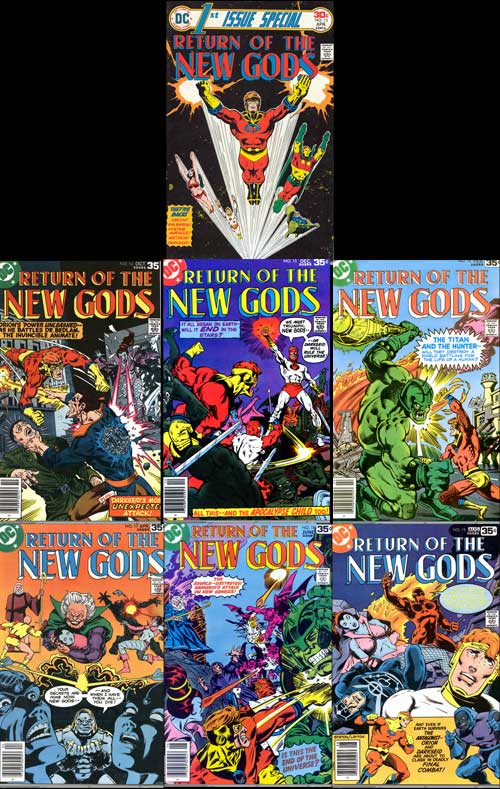 The career of Don Newton is one of those sad stories in comics in that I think that poor health, distance from New York and an untimely death at the age of 50 kept him from being a bigger star in the industry. Some of his best remembered work was on this New Gods series as well as his classic work on DC's Captain Marvel and his long run on the Batman series.

As Trey mentioned last week, this run is most likely not considered part of DC Continuity anymore, but the Don Newton artwork inked by Joe Rubinstein in makes it well worth collecting!
Posted by Jim Shelley at 7:29 AM

Actually, the title continued the numbering from Kirby's New Gods book, which ended at #11.
So, RotNG is actually,
First Issue Special #13
then 12-19.
Nine issues in all.

I'll second the nomination for that T' Agents 80's collection. Is there one for the original Wally Wood comics?

Getting back to New Gods, I know little to nothing about this particular series of it. Is it a worthy successor to what Jack started? The artwork shown here has me interested.

DC issued hardcover Archives editions which reprinted the Tower books including the Dynamo and NoMan spin-off titles (but not the related U.N.D.E.R.S.E.A. Agent book).

@BrittReid - Hm...I'm going to have to track down the rest of the issues. I always assumed the story just stopped on the last issue I found because the series was cancelled.

I like the idea of a T.H.U.N.D.E.R. Agents Collected edition like you mentioned. I got the first issue of that series at HeroesCon over 20 years ago and really liked it, but *never* saw the rest of the series anywhere.

@MattComix - as to the question of whether this series is a worthy successor to the original Kirby run. Hm...let me say it's a better successor than Starlin's Death of the New Gods and Morrison's Final Crisis by a great deal, but falls a little behind The Hunger Dogs. :)

This collection should also include Super-Team Family #15 and Adventure Comics #459-460 for completeness.